It’s Friday! That means we got another edition of Fandom News Roundup! If you’re new to FNR, it’s a weekly curated list of all the big news you may have missed in the world of Fandom! We have a lot to cover this week, so let’s jump right in!

SHIELD’s resident badass, Nick Fury, is the next MCU character to get their own series on Disney+. Samuel L. Jackson will be reprising his role as Fury for the show.  Kyle Bradstreet, most known for his work on the series Mr.Robot., is attached to write and executive produce.

Disney has cast the role of Tinkerbell for their live-action adaptation of Peter Pan, “Peter Pan & Wendy.” Grown-ish star Yara Shahidi will be playing the mischievous fairy.  David Lowery will be directing the film. Director David Lowery previously helmed Disney’s Pete’s Dragon remake in 2016. Shahidi’s casting will mark the first time a woman of color has played the role of Tinkerbell.

Hawkman in the Black Adam Film

Dwayne Johnson’s Black Adam just added Aldis Hodge to the cast. Hodge will be playing DC Comic’s Hawkman. Fans of DC Comics will know that Hawkman has been a member of the Justice League and the Justice Society. Joining Hawkman in the Black Adam film are Atom Smasher, Doctor Fate, and Cyclone. 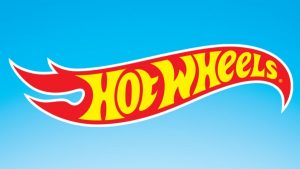 Mattel’s Hot Wheels are ready to make their big-screen debut! The toy racing cars will be getting the live-action treatment. Screenwriting duo Neil Widener and Gavin James have been hired to write the script for the film. Mattel’s Robbie Brenner is producing the movie. Will this be Fast & Furious for kids?

Spooky Season isn’t complete without watching Hocus Pocus every time it comes on TV! Now you can enjoy some Hocus Pocus themed wine for your next watch! Hocus Pocus x Besa x Eliqs has two varieties for fans to try: white or rose. You don’t have to be a virgin to try these but you will need to be of legal drinking age.

Official English Trailer of Lupin III: The First is Released

International master thief, Lupin the 3rd’s feature film English trailer has hit the internet! The film was released in Japan in 2019 and is scheduled to come out in America in October of 2020. The 3D animation perfectly captures the essence of the manga/anime icon.

Freddy Won’t Get You if  You Buy His Coffee

If you don’t sleep, Freddy Krueger can’t get you. What better way to stay awake than with Robert Englund’s Nightmare Blend of coffees! Deadsled and Nightmare actor Robert Englund has created a limited-edition collection inspired by the horror classic. You can pre-order the bundle seen above now until October 12th. This bundle comes with two bags of Robert Englund’s Nightmare Blend coffee, a limited edition vintage baseball-style (raglan) shirt which is exclusive to the bundle, and a limited-edition mug, which is also exclusive to the bundle. Also included will be swag that you’ll only be able to get with the bundle including magnets, stickers, and more. Also, all U.S. orders of the bundle ship free so be sure to select it at checkout. Also in your bundle, you will receive a special coupon code for 25% off a future order.

Billie Eilish Sings There is No Time To Die


007 films and original songs go together like Bond and his Martini, shaken not stirred. Billie Eilish wrote and sings the song No Time to Die. Eilish is the youngest singer to sing a song for the Bond films.

That’s just some of the big news that happened this week! Be sure to follow Fandom Spotlite for all your fandom news! 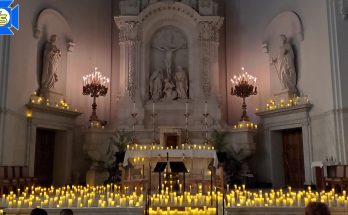