Greetings fellow fans out there in Fandom land. Moving on from August to September gave us a week of news that is all over the map. Let’s dive in! 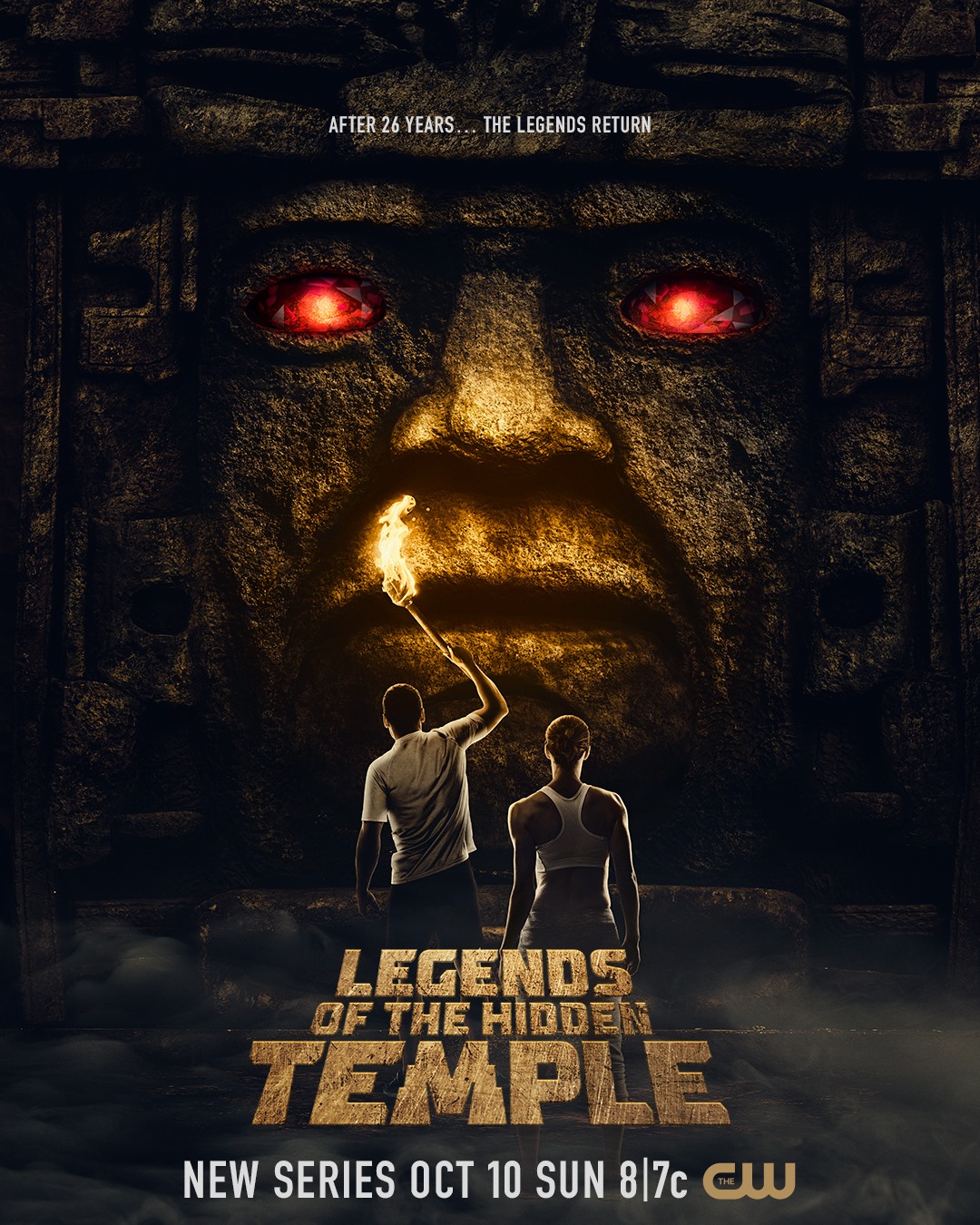 Airing Sunday, October 10th on The CW, the new Legends of the Hidden Temple series gave us a poster reveal this week. Following the glorious tradition of Dora the Explorer, the new Legends is a gritty, older-audience series based on a beloved children’s show. We already know Dee Bradley Baker is coming back to play Olmec, but beyond that, we haven’t seen much. 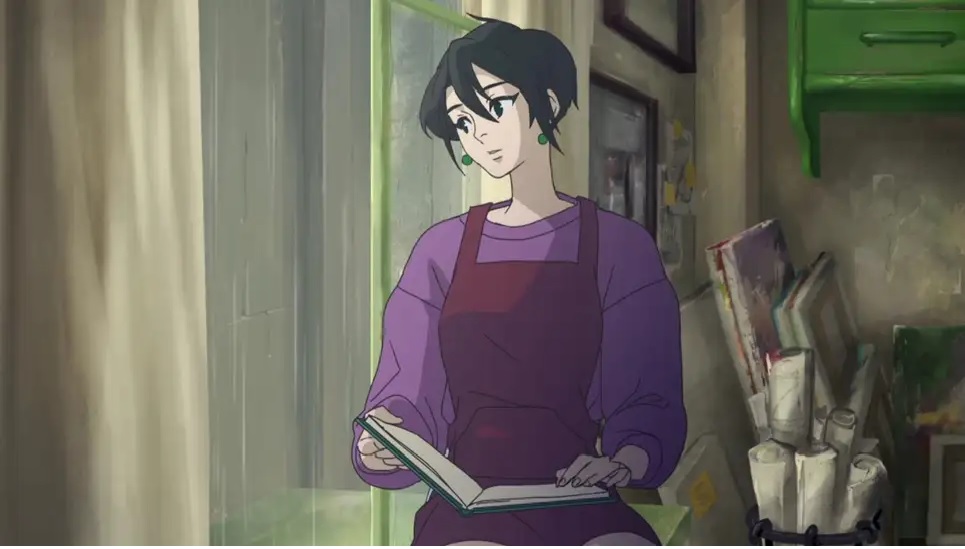 From literal jungle with pulse-pounding adventure to concrete jungle with lo-fi beats and chill atmosphere. Behind The Frame: the Finest Scenery is a lite puzzle game where you paint your submission for a New York gallery show. You perform your daily routine of making breakfast, organizing your tools, and painting all while the story of the game unfolds. If you enjoy relaxing puzzlers like Coffee Talk and Donut County, you’ll probably dig this Ghibli-like work of art. 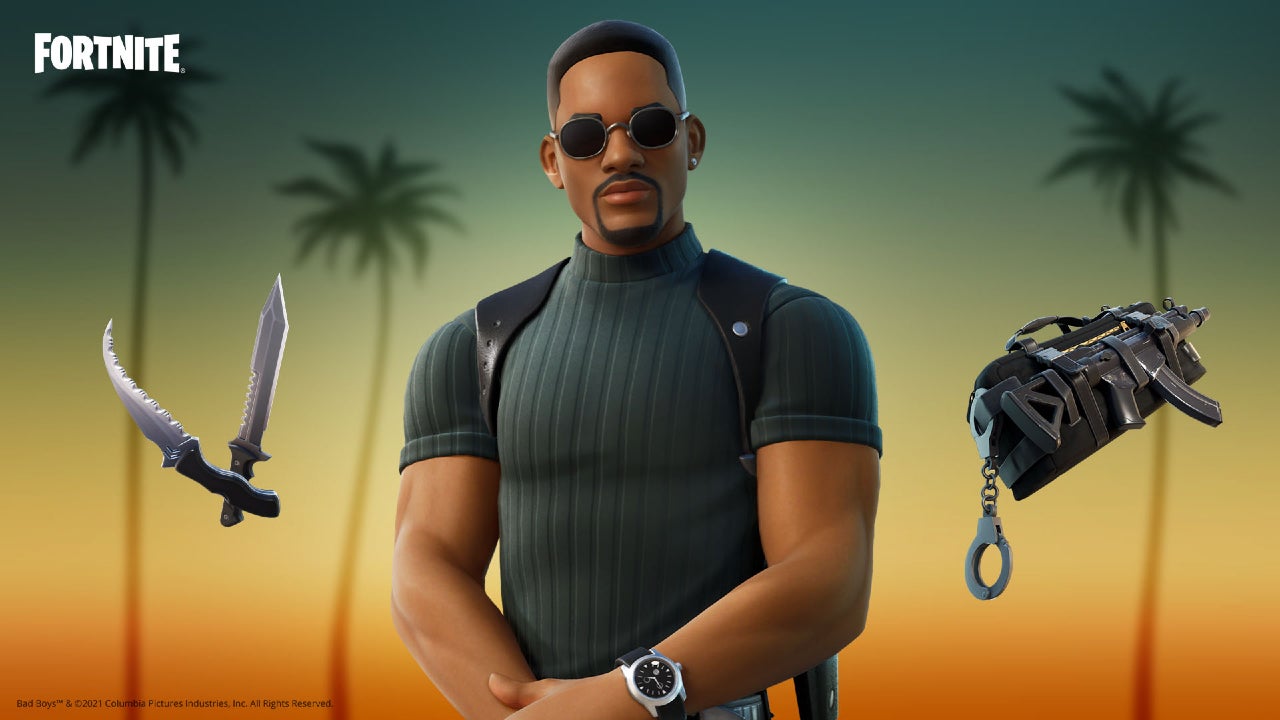 Keeping with its tradition of adding just bonkers characters to its ever-growing roster, Fortnite announced a Bad Boys crossover event. Because why not? You can purchase a Mike Lowrey skin for your avatar, complete with accessories on the Epic Game Store. I guess Marcus Burnett wasn’t a hit with the focus group? 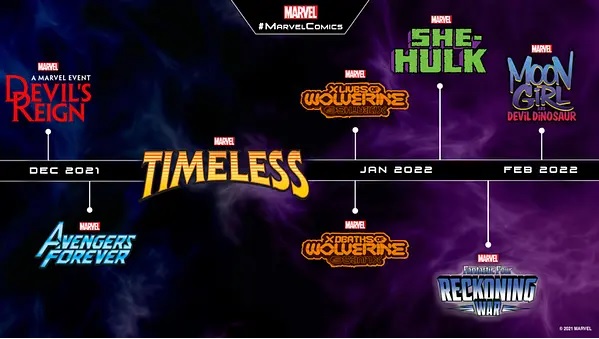 In a move shocking no comic fan ever, Marvel announced a new series of comics that will shape the future of their comic universe.  Reboots are nothing new within the comic world, but this particular news has a few comic fans interested, to say the least. The whole arc features She-Hulk Daredevil, Kang, dimension-hopping Avengers and a genius, and her dinosaur. But wait, there’s more, we also have two separate Wolverine series and the Fantastic Four in a series called Reckoning War. How this series will change the future of the Marvel comics universe is unclear, but it’s pretty exciting! 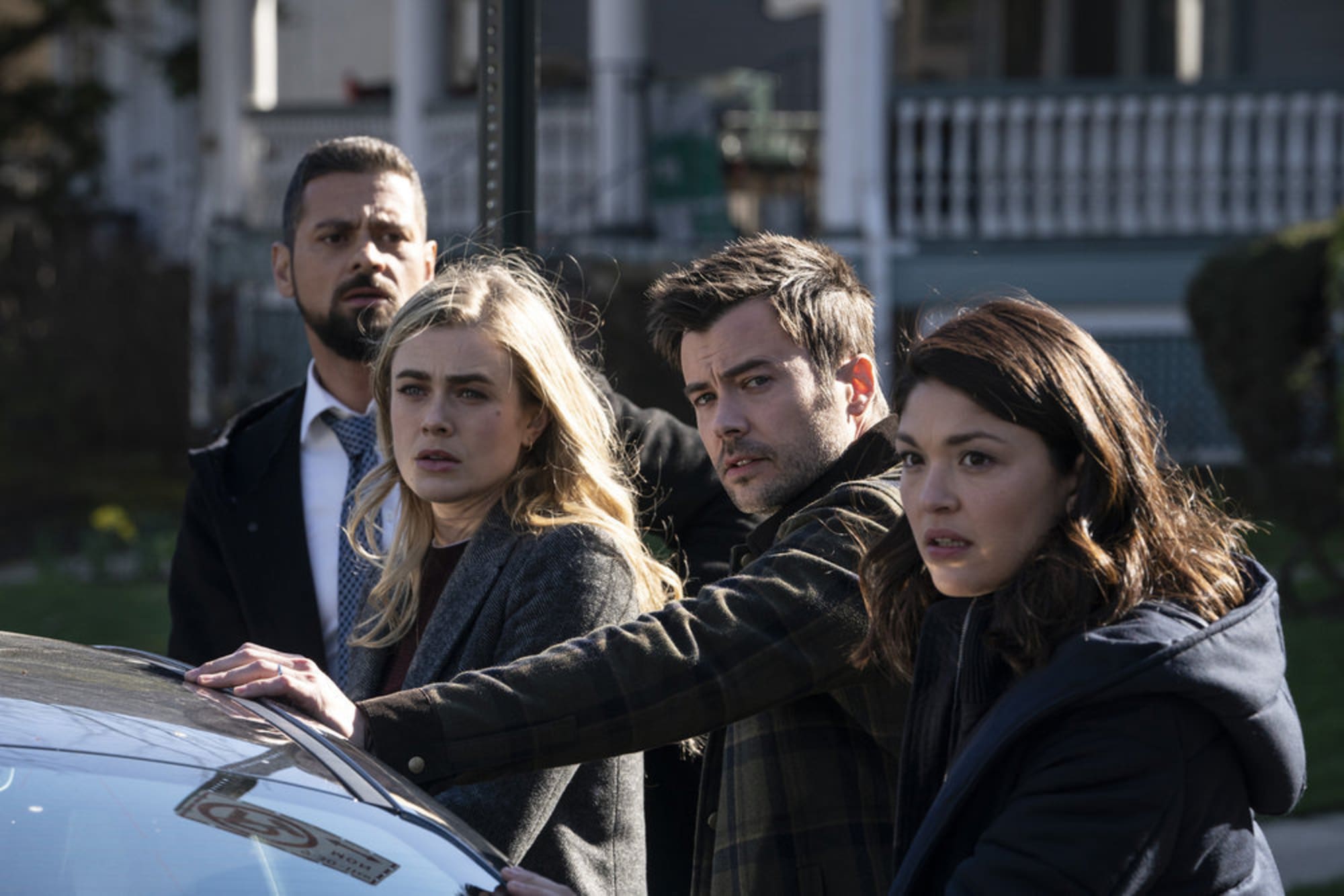 This past weekend, Netflix announced the last-minute rescue of fan-favorite sci-fi show Manifest. While the show will get its fourth season on the streaming giant, it will also be its last. Worry not though, as it may be the final season, this last season is supposed to be massive and continue the reality-bending epic story.

The dojo is about to be 5x as rad. Cobra Kai has been renewed for a 5th season. pic.twitter.com/8iz2M6Bzw5

Speaking of Netflix, with the impending release of Cobra Kai season 4 this December, has already been renewed for a 5th season! While The Karate Kid was already a masterclass in complex antagonists, Cobra Kai really kicks it up a notch! 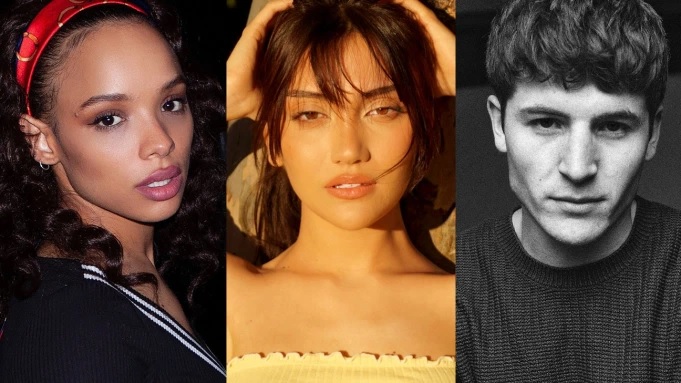 Peacock’s drawn blood this week with cast member announcements for its upcoming Vampire Academy series. Sisi Stringer and Daniela Nieves will star as the shows two main leads. But that’s not all! These two will be flanked by Kieron Moore, André Dae Kim, J August Richards, Mia McKenna-Bruce, and more! The series will be based on the popular Richelle Mead’s book series, and even has Billie Woodruff directing the first episode! 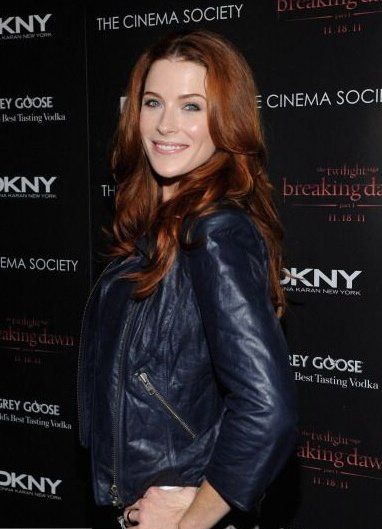 Batwoman has landed its Poison Ivy! Cast in the role of the dangerous and deciduous Dr. Pamela Isley is Bridget Regan! Bridget is no stranger to comic and sci-fi roles, and she’s definitely got the chops to join the list of actresses who’ve played the dastardly doctor! 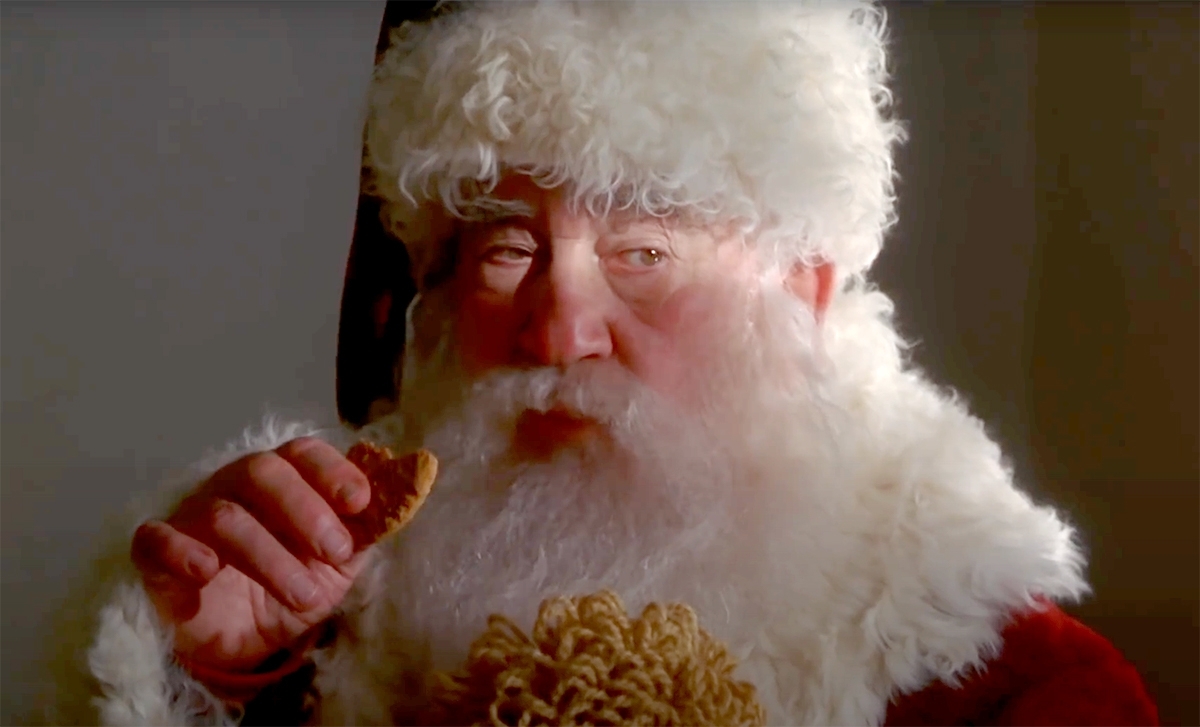 On Sunday, August 29, 2021, television and film legend Ed Asner passed away at the age of 91. Mr. Asner has been a staple of entertainment as early as 1957, with some notable work being his time on The Mary Tyler Moore Show in the 1970s. Mr. Asner has also been the voice of such animated legends as Granny Goodness from the Justice League series, Cosgrove from Freakazoid, and even Carl from Disney/Pixar’s UP series. Personally, he’ll always be the best Santa Clause to grace the screen in 2003’s Elf.

That’s it for this week’s news. What was your favorite story? What bit of fandom news did you want to see? Are there any new shows you’re looking forward to? Thank you, everyone, join us next week with more news and follow your fandom!