Hey Fandom Fans, It’s good to see you again! This week has been consumed with snow and cold, but the world of fandom has been hot! We got a lot of interesting stories and some new trailers to show you. So, grab a snack and something to drink, and let’s get to the news! 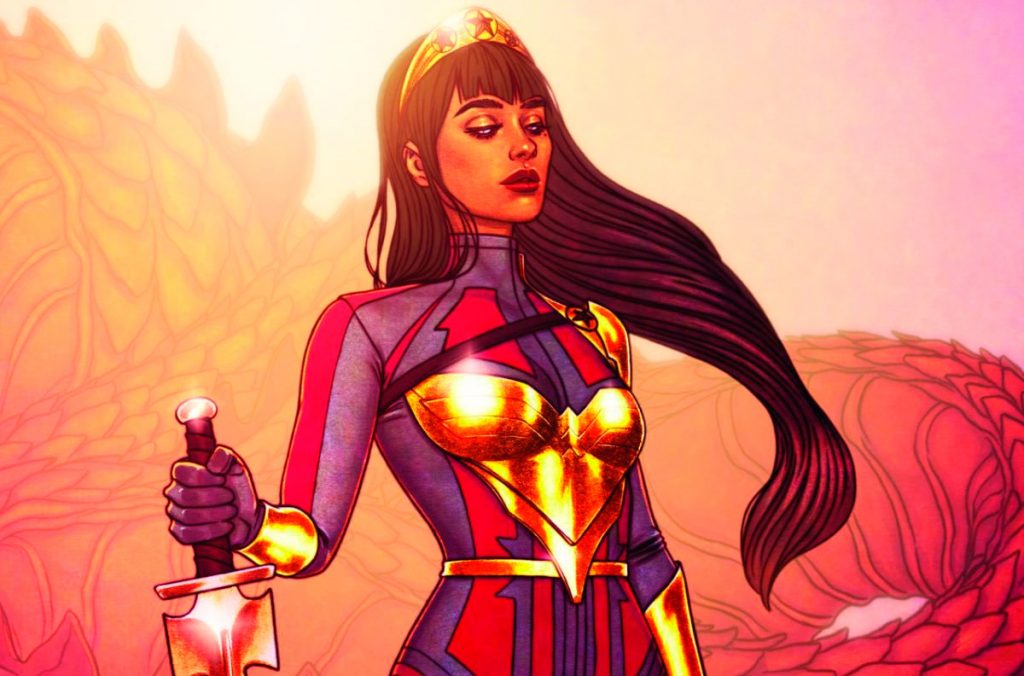 Yara Flor’s television debut has wilted. CW had initially planned on adding Wonder Girl to their CWverse but that plan is no more. Executive Producer and Script Writer Dailyn Rodriguez shared the news on her Twitter account. Rodriguez stated, “I was very proud of the script I wrote. Wish I could’ve shared the world I created, but unfortunately, it wasn’t meant to be. Thanks for everyone’s enthusiasm. It meant a lot to me.” Rodriguez’s statement doesn’t tell us why the show was canceled, but as the CWverse shows aren’t currently performing well, they may scrap it altogether.

It had been previously reported that Disney was casting Amber Heard to be in the Pirates of the Caribbean reboot with Margot Robbie. Now there are whispers that Disney may be trying to extend their business with the actress. Rumor has it that Disney may be casting Amber Heard as Rapunzel in the live-action remake. While it may not surprise fans that the House of Mouse is looking to bring Rapunzel to life, their alleged choice for the lead role is surprising. Heard’s very public court case with ex-husband Johnny Depp has not done well for her reputation and could tarnish Disney’s public image, especially when they recently cut ties with another controversial actress in Gina Carano. Many have said Disney looks to have chosen Amber’s side of the case.

The global phenomenon Pokemon is celebrating its 25th anniversary this year. We’ve spent a quarter of a century trying to be a Pokemon master and catch them all! To celebrate this momentous occasion, Pokemon has partnered with Levi’s to create a limited-edition fashion collection. This capsule collection includes apparel and accessories to give you that trainer style. The pieces in the collection feature iconic Pokemon like Pikachu, Psyduck, and Jigglypuff. There are also pieces to help you cosplay Misty and Ash. You can purchase the collection on Levi’s website, but you better hurry before someone else catches them all. 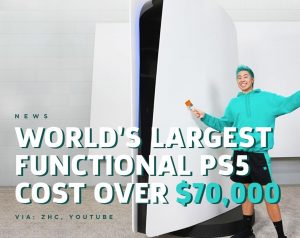 Popular YouTuber ZHC is known for making giant-sized functional electronics. He previously made a fully functional supersized iPhone 12. This time he’s created a 10 foot tall, 500lb PS5 which includes an equally huge PS5 Controller. ZHC says it took him over 100 hours to create this massive machine. Lucky for you, the video of his process is only 15 minutes long. As of now, ZHC holds the world record for the world’s largest functional PS5. Still, I’m sure it was much easier making this PS5 than trying to obtain one at Walmart.

The highly anticipated Synder Cut of Justice League is almost here for us to view. HBO Max released a full-length trailer with our first look at Jared Leto’s Joker in action. In the trailer, Leto’s Joker says, “we live in a society where honor is a distant memory.” As you may or may not know, “we live in a society,” has been a popular meme since 2016.  Leto himself jumped in on the fun.

We live in a society https://t.co/3OaJxZlfOy

Speaking of living in a society… the trailer for Disney’s Cruella dropped this week! Emma Stone stars as the titular character as we learn the villain’s origin. However, fans on Twitter pointed out that Stone’s Cruella reminded them a lot of the Joker and Harley Quinn.

Can’t wait to see this scene in Cruella! pic.twitter.com/91lVeYkpr5

Despite all the comparisons and jokes, the trailer for the film is currently trending at number 1 on YouTube. We think that is pretty Pawsome.

Cartoon Network Announces a Fan Favorite is Getting a Feature Film. 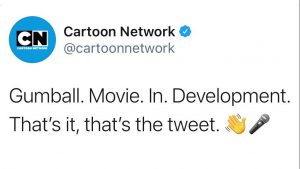 Cartoon Network released a very direct tweet about the development of a film for the fan-favorite cartoon The Amazing World of Gumball.  That’s it. That’s the tweet. The Amazing World of Gumball is known for its exaggerated takes on the creators’ real-life childhood stories. The cartoon used a blend of 2D and 3D animation which highlights the show’s adult humor. Even though this is a show for kids. We are excited to see what real-world inspiration they will draw on for the film.

If you’ve been wondering what Tim Burton has been up to, we’ll finally get the answer! Tim Burton is working on a live-action series focused on the daughter of the Addams family, Wednesday. The series will be a coming-of-age story about Wednesday as she balances school and…sleuthing. This Netflix series will mark Burton’s TV directorial debut.

Aquaman is in on the Joke

DC Comics’ Aquaman has often been the butt of the joke, as many questioned the value the King of Atlantis brings to the Justice League. HBO Max’s new animated series hopes to capitalize on the jokes with its upcoming animated series, Aquaman: King of Atlantis. This animated series is being produced by James Wan and follows Arthur Curry’s day-to-day life as king. However, life as the king isn’t easy. The series will also show Atlantis at war with another kingdom.

At last, we got a good look at the cast and story for the new Mortal Kombat film! And what a good-looking cast at that. The first full trailer for Mortal Kombat was released and it’s not pulling any punches. The film is helmed by award-winning Australian commercial filmmaker Simon McQuoid, marking his feature directorial debut, and produced by James Wan (The Conjuring films, Aquaman), Todd Garner (Into the Storm, Tag), McQuoid himself, and E. Bennett Walsh (Men in Black: International, The Amazing Spider-Man 2).  The film follows MMA fighter Cole Young as he finds himself entering the world’s deadliest tournament in order to protect his family. Along the way, he encounters all your favorites from the video game, like Sonya Blade, Scorpion, Sub-Zero, and more.

That completes the news for this week! Did these stories get you warmed up and excited? Share with us your favorites in the comments and online. Remember to stay safe out there. We’ll see you next Friday for even more fandom news.