Hey there Fandom Fans! October is almost over and it feels like it was just the 1st of the month. Before you start your weekend, you might want to catch up on some fandom news. Various stories broke this week so break out your reading glasses and let’s get started. 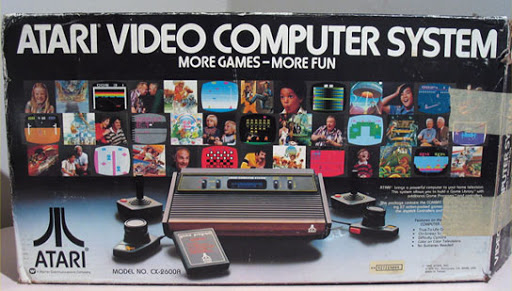 The OG console Atari is expanding its brand to include a chain of hotels. The company announced new renders of its “mothership” location coming to Las Vegas, Nevada. Created by the architecture and design firm Gensler, the hotel will feature designs inspired by the history of the video game medium, as well as its present. The hotel will offer restaurants, nightclubs, AR/VR experiences, and, of course, retro arcades.

The Power Rangers Get a New Reboot

Hasbro is looking to start over with the teenagers with attitudes. The Power Rangers will be getting a film and a television reboot. The creator of Netflix’s It’s the End of the F**king World, Jonathan Entwistle, has been tasked with reinventing and reimagining the franchise for screen adaption. The Power Rangers have been around for a very long time and have morphed into many different forms. Is there anything new that can really be done?

According to multiple sources, Disney is working on a live-action film adaption of Chip N Dale: Rescue Rangers. The movie based on the 90’s cartoon is rumored to be available on Disney+ spring 2021. It is also reported that the original voice cast will be returning for the film, but in what capacity is not known.

Daniel Kaluuya Confirms his Role in the Barney Movie

Black Panther and Get Out star Daniel Kaluuya confirms he will be in the Barney movie. No, we aren’t joking. In an interview with EW, Kaluuya verifies that he has accepted a role in the new Barney movie. Barney isn’t the only children’s program working on a feature film. Sesame Street is also producing a new movie with an all-star cast. What’s next? Puzzle Place?

File this one under “2020 strikes again.” Jared Leto will be returning as the Joker, for the Snyder Cut of The Justice League. Zack Snyder’s version of the film has undergone reshoots and will premiere on HBO Max. With the addition of Leto and the multiple reshoots, it’s starting to feel like the Snyder Cut never existed.

A recent study has determined what the scariest horror film is using science. The Scientific study measures the participant’s heart rates as they watched a variety of scary movies. The winner, based on the study, was 2012’s Sinister. Others on the list were Insidious, The Conjuring, It Follows, and more. Do you agree with the study?

Tim Burton Gets Spooky and Kooky

The spookiest family is joining up with the king of spooky, Tim Burton. The acclaimed filmmaker is in talks to direct the new live-action Addams Family tv series. Burton is already developing the rebooted series and serving as executive producer, along with  Alfred Gough and Miles Millar, who are going to serve as head writers and showrunners. Gough and Millar are best known for creating and producing the hit DC series Smallville. It’s an interesting combination as Burton has worked on Batman and Smallville was about Superman.

Ok Fandom Fans! You’re officially caught up with the news! Which story excited you the most? Share your thoughts online and on social media.