Congratulations Fandom Fans, we made it through another week! This week in the world was a bit more hopeful and we are hoping it continues that way. No one wants a repeat of 2020. While the timeline was mostly filled with posts about the inauguration and Bernie Sanders memes; the world of fandom kept spinning. So let’s dive into some interesting stories you may have missed. (You can watch this in video form by clicking here.)

Peaky Blinders to End With Season 6

Covid-19 takes down another hit series at Netflix, as Peaky Blinders will end with Season 6. The BBC and Netflix production was delayed due to complications caused by the global pandemic. The show’s creator, Steven Knight, promises that season 6 will go out with a “bang!” Season 5 of the series is currently in production.

Ray Fisher Gets His Justice

Justice League actor, Ray Fisher, got some justice of his own this week. The actor who portrayed Cyborg had raised alarms by sharing his experiences on the set of Justice League. Fisher alleged that he experienced racism and workplace harassment. The actor shared an audio clip on Twitter, where a Warner executive praises Fisher for sharing his truth.

Here is a clip from my final conversation with @WarnerMedia’s independent investigator on December 11th, 2020.

Hopefully it lends itself to the truth of the investigation, and to the credibility of my current claims against Walter Hamada’s dangerous behavior.

Season 3 of The Boys Aims to Satisfy

Boyhood actress Savannah Welch has joined the cast of Titans as Barbara Gordon. Welch will be portraying Gordon in her Oracle phase. Fans of Batgirl know that she becomes Oracle after the horrific events of The Killing Joke. Season 3 of Titans will also see Jason Todd/Robin become the Red Hood. Is it safe to assume that the Joker will make an appearance this season too?

The Mountain Becomes a Titan

Hafþór Björnsson, who played The Mountain in Game of Thrones, becomes the first Titan-Weight boxing competitor. The Mountain weighs 344lbs, putting him 144lbs over the heavyweight class and thus creating the new weight class, Titan. Björnsson held his first exhibition match in Dubai against the 217-pound Steven Ward on January 16, 2021. Based on the footage of the fight, let’s just say we won’t be fighting him anytime soon.

Disney Plus’ Moon Knight has found its villain in Ethan Hawke. According to reports, Hawke will be playing opposite Oscar Isaac. No word on which villain Hawke will be playing, but many speculate that he will be playing Bushman. Raoul Bushman and Marc Spector (Moon Knight) used to work as mercenaries in Sudan. Later, the friends became enemies. Bushman even has ties to Spider-Man, so it will be interesting to see if Marvel will allow Tom Holland to make a cameo.

Willy Wonka Before The Chocolate Factory 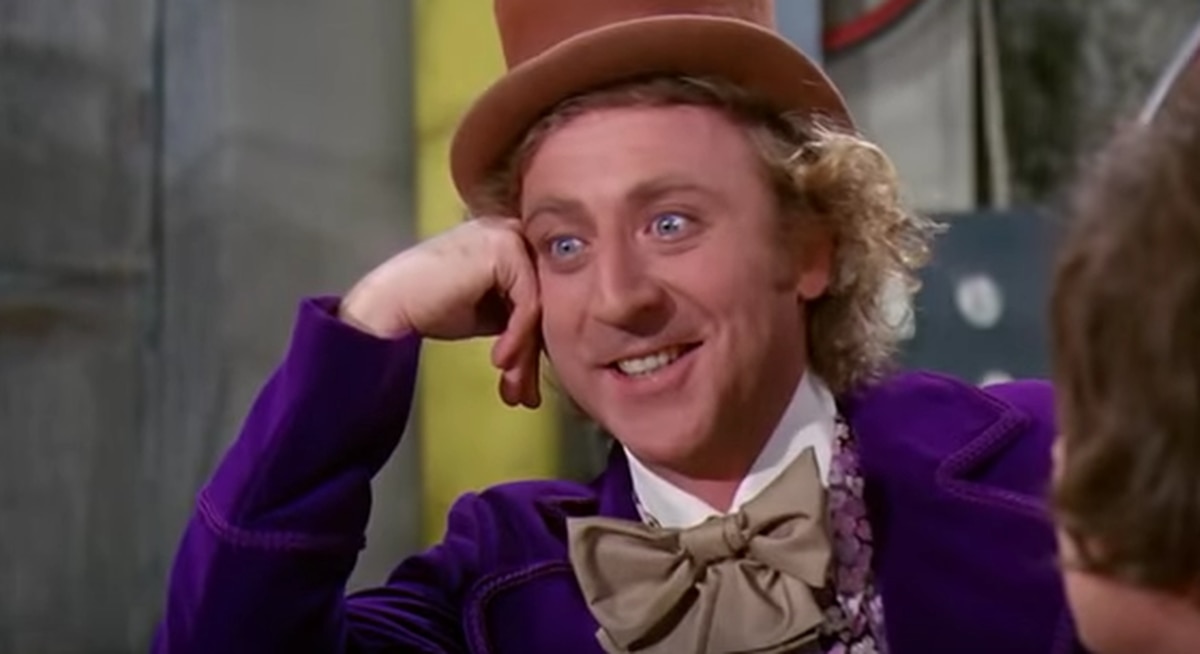 Now for another prequel you didn’t ask for- Willy Wonka! Warner Brothers have tapped Paddington director, Paul King, to direct the Charlie and the Chocolate Factory spin-off, Wonka. It will be about his early years before running the famous chocolate factory. Many are guessing that Tom Holland or Timothee Chalamet will play the title role. We’re just hoping they start re-selling the original Wonka Bar.

A Treat for Your Feet

Global sneaker brand Adidas is going full steam ahead with its fandom collabs. In the Spring of 2021, Simpsons fans can be on the lookout for the “K is for The Simpsons x Adidas ZX 10000 ‘Krusty Burger.”  The sneaker is designed to resemble Krusty Burger’s logo. The limited-edition sneaker will be available on the Adidas website and other sneaker retailers.

If you have been playing “Who’s in Spider-Man 3 Bingo,” you can officially mark Matt Murdock. Netflix’s Daredevil, Charlie Cox has finished filming for Spider-Man 3. At the end of Spider-Man: Far From Home, Peter Parker is in big trouble. Many fans of the comics assumed Parker is going to be in need of a good Avocado. (Foggy mistranslates the Spanish word for lawyer (Abogado) for Avocado.) Will Cox only be playing Matt Murdock or will he don his Daredevil suit as well?

Actress Mira Furlan Passes Away at 65

Beloved actress Mira Furlan passed away at age 65. She is known for her roles in Babylon 5 and Lost, among her many television and film appearances. We had the honor of interviewing her in April of 2017 and found her to be a kind and gracious lady. Our thoughts are with her family and friends during this time of mourning.

Those are our stories for this week’s fandom news roundup! Which of these stories was your favorite? Share with us in the comments below and online! We hope you have a safe weekend and we’ll see you next Friday!

Life According to Fandom — Goals

B Movie Challenge: Trancers I – V