Aphasia is what happens when you combine the gore of Evil Dead with the character traits of Twin Peaks and will be our first feature-length film.

The film follows Sarah after a failed hanging due to the stress of her work. During the suicide attempt, Sarah watches herself leave her body as it becomes an empty vessel for ANYTHING to crawl in.

She re-enters her body but isn’t alone.  With the help of an ex-priest and rouge exorcist, they fight to expel what has taken over Sarah’s body and save her soul.

Jerks Productions is hoping that you will be willing to back their Indiegogo campaign. You are able to donate to the campaign without receiving any rewards but if you do want some rewards, this campaign has some good ones.

For a pledge of $10, you will receive a credit in the film and a shout out on social media.

$20 will get you a digital copy of the film and everything mentioned previously. 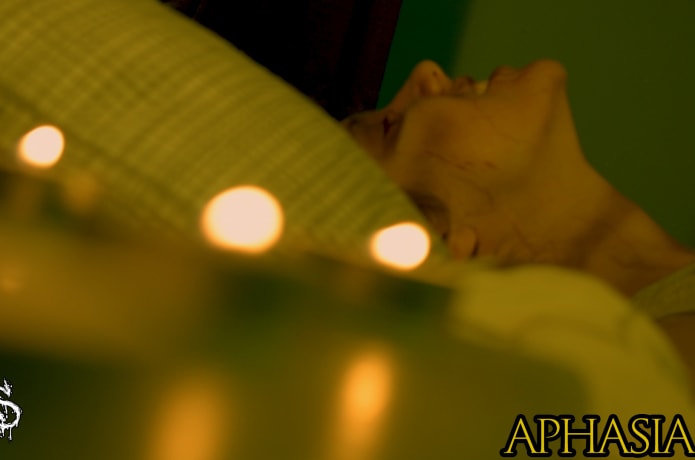 Backing this campaign for $25, you will receive the aforementioned perks and a PDF of the script.

Feeling a bit generous? Choose the Jerks Merch Bundle for $50. This perk includes everything I mentioned before with the addition of a Jerks T-shirt, bracelet, tote bag, and short film collection.

Looking for a perk that really puts you in the film? The Be an Extra perk for $200, will get you an extra role in the film with guaranteed screentime. ( Hotel and Airfare not included)  Plus you’ll also get every other perk mentioned previously.  This perk is only available to 4 backers, so if you’re interested jump on it now.

For more information about the film, the campaign, and additional perks, take a look at their Indigogo page.

Want to be our next Fandom Funding? Send an email to yali@fandomspotlite.com