True crime is something that isn’t for everyone. The way victims are sometimes used as storytelling props or how murderers are viewed under a microscope to excite the consumer makes for hit-and-miss content. If done wrong, there can be a lack of sensitivity towards the families of the victims as well as the events that took place to lead to the murders. However, the genre can’t be that bad when “Did You Hear What Eddie Gein Done?” exists.

For those initiated to the true crime genre, Ed Gein is a familiar name. A murderer best known for being a grave robber, creating a skin suit, and casuing the death of two women, Gein is the inspiration for Norman Bates of Psycho, Leatherface of The Texas Chainsaw Massacre, and Buffalo Bill of The Silence of the Lambs. His mark on pop culture is beyond compare, and yet, when we focus on Gein, it’s always about the macabre fashion and décor he made.

Harold Schechter, best known for his Gein biography Deviant probably knows Gein better than he knew himself. Eric Powell, on the other hand, best known for his work on The Goon, was not as familiar with the Wisconsin killer, but displayed his mastery in the art of the graphic novel through every drop of ink. The two complement each other beautifully in this powerful sensationalized biography told via a graphic novel. 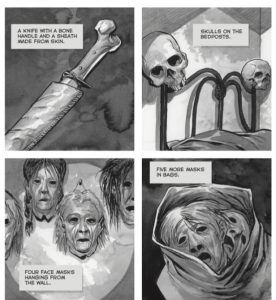 Though some information is changed, all the beats of the Gein case are in the pages of DYHWEGD?.  While some characters are composites and some events take place in different towns, readers can easily get the picture of Gein’s  life from the text. However, what makes this graphic novel different from all the documentaries and the podcast episodes is how Powell and Schechter remind readers of Gein’s humanity. As a boy, his mother Augusta looms over him larger than life, exaggerated so we see what kind of person she really was. As the story continues, we see Ed dance with corpses and envision himself the hero of an EC Comics adventure series. It’s disturbing and shocking, but it’s effective, and in a way, soft. Small details like this remind us that Gein is a person and not just a boogieman. 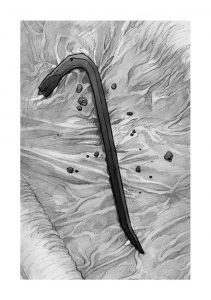 Every serial killer we hear about has a life, a town they were a part of, and a family history. If you’re uninterested in thinking about this fact, then maybe “Did You Hear What Eddie Gein Done?” isn’t for you. While fact checking piles up in some panels, it’s artistic risks and vision is what makes picking up this piece worth it.

“Did You Hear What Eddie Gein Done?” is available at major book retailers and at your local comic shops. 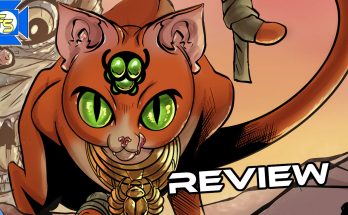