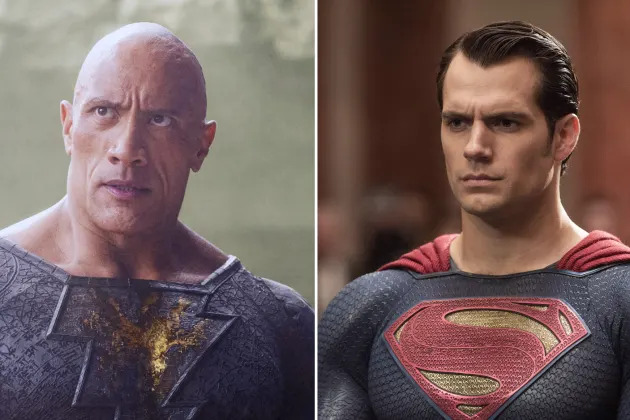 Promotion for Dwayne Johnson’s Black Adam is underway ahead of the film’s release on October 21st, and the former WWE Superstar is electrifying fans once again with his comments regarding another DCEU headliner.

In the run-up to the film’s release, Johnson has promised that the hierarchy of power in the DC Universe is about to change – but who will the titular character face off against?

Speaking in an interview with Cinema Blend, Johnson wasted no time in answering a question that’s been on everyone’s lips – will Black Adam face off against Superman?

Absolutely. That is the whole point of this man. Thank you for asking that. And I have been saying for some time, there’s a new era in the DC Universe that’s about to begin. And what I meant by that was introducing a brand new character. It’s not a sequel, not an existing IP. It was…you know, Black Adam! Two years ago the world had no idea who he was. We did, but not, you know, the rest of the mass out there. Introducing the JSA, introducing that new era of the DC universe. But also what I really meant by, ‘This is a new era in the DC Universe,’ is listening to the fans. Listening to the fans. And doing our best to give the fans what they want. And maybe, sometime down the road — and I went through this in pro wrestling — is you can’t always give them what you want. But you’ll always know that we’re listening. And in this case, with what you and I are talking about, I have been listening and I’ve been wanting to address fans for years. Because I’ve been waiting for someone to step up and address the fans and say, ‘Hey, we hear you.’ So finally, after many months turned into many years, we ended up with what we ended up at. And the whole goal and intention now is to this new era, new time. Now let’s build-out.

Johnson has never shied away from mentioning Henry Cavill as Superman and his latest comments are sure to send fans into a frenzy. While there is no confirmation that Cavill will appear in Black Adam, it is looking more and more likely that The Man of Steel will show up sooner rather than later.

Given the DCEU’s shaky history, the return of Superman would be a huge win for Warner. Bros Discovery and their plans to reshape the franchise. We just might have to wait a little while longer to find out who stands atop the DCEU food chain.

And where does Shazam figure into all of this? Check out this panel to see what Zachary Levi has to say about Black Adam.

Will Black Adam truly mark the dawn of a new era? Find out when the film hits theatres on October 21st.