You know his name, now discover his story. 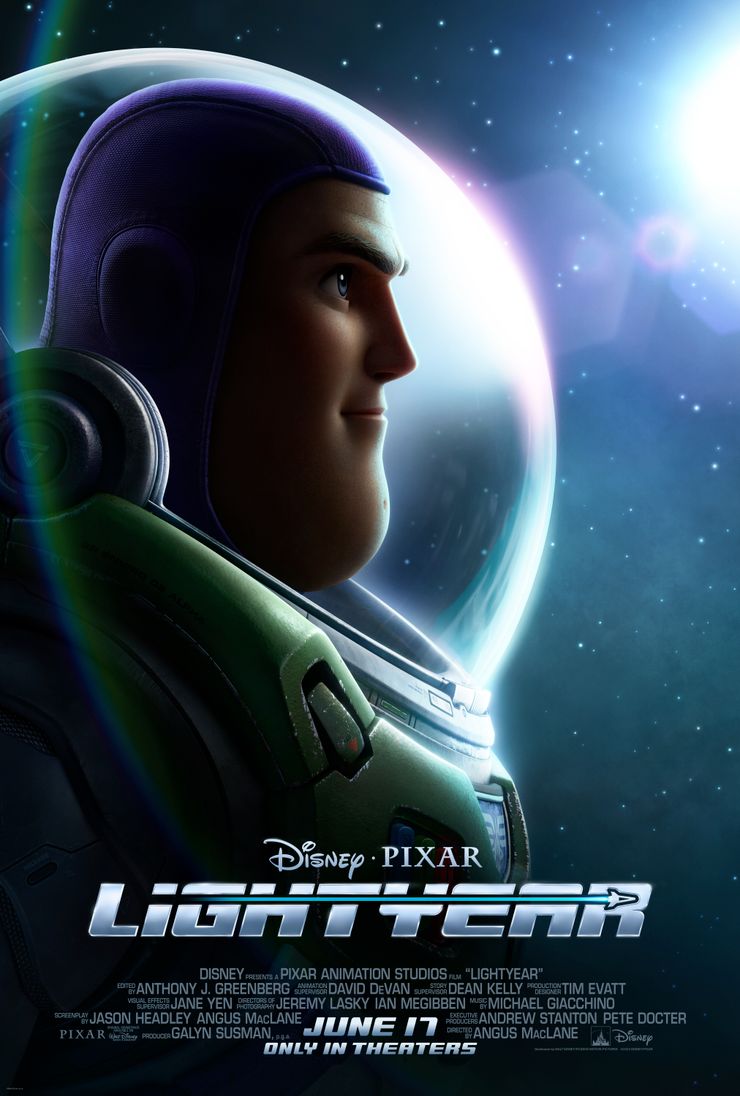 Disney and Pixar have released a brand new trailer for the upcoming science-fiction adventure, Lightyear.

The definitive origin story of Buzz Lightyear, the hero who inspired the toy, Lightyear follows the legendary Space Ranger after he’s marooned on a hostile planet 4.2 million light-years from Earth alongside his commander and their crew. As Buzz tries to find a way back home through space and time, he’s joined by a group of ambitious recruits and his charming robot companion cat, Sox. Complicating matters and threatening the mission is the arrival of Zurg, an imposing presence with an army of ruthless robots and a mysterious agenda.

This latest trailer gives us a closer look at Buzz and his team of space explorers as they encounter threats across the galaxy. Filled with sci-fi action, humorous interactions, and a look at the film’s time-traveling exploits, the new trailer is certain to create even more excitement for the release.

Check out all the action for yourselves.

The film features the voices of Chris Evans as accomplished Space Ranger Buzz Lightyear, Uzo Aduba as his commander and best friend Alisha Hawthorne, and Peter Sohn as Sox. Keke Palmer, Taika Waititi, and Dale Soules lend their voices to the Junior Zap Patrol’s Izzy Hawthorne, Mo Morrison, and Darby Steel, respectively, and James Brolin can be heard as the enigmatic Zurg.

“Buzz’s world was always something I was excited about. In Toy Story, there seemed to be this incredible backstory to him being a Space Ranger that’s only touched upon, and I always wanted to explore that world further. So my Lightyear pitch was, ‘What was the movie that Andy saw that made him want a Buzz Lightyear toy?’ I wanted to see that movie. And now I’m lucky enough to get to make it.”

MacLane also gave his thoughts on the cast of Lightyear, saying:

“The cast for Lightyear is truly a dream team. Each of the performers immediately inhabited their character, which gave us the opportunity to play a bit during recording sessions. This resulted in a level of specificity that elevated the material and brought additional depth to the characters’ relationships. It has been a privilege to work with such a talented and generous cast.”

Are you excited for Lightyear? What do you want to see in the film? Let us know in the comments section.