So many of us dream of being a superhero, to have otherworldly abilities, and to serve a purpose bigger than ourselves. Unfortunately, superpowers are not something we can just order on Amazon. The next best thing we have are comic books and film. These mediums allow us to escape into a world filled with infinite possibilities. But it also allows us to see the things that make us different become something that is praised and special.

Edgardo Miranda-Rodriguez is a graphic novelist most notably recognized as the writer and creator of the critically acclaimed and bestselling superhero series La Borinqueña. He created his own studio Somos Arte. Miranda-Rodriguez has also written for Marvel Entertainment. He has spent his career in the world of superheroes but in real life, he also is one. Edgardo has raised close to a quarter of a million dollars for grassroots organizations in Puerto Rico via the La Borinqueña Grants Program. When Puerto Rico was devasted by Hurricane Maria, he created the anthology Ricanstruction: Reminiscing & Rebuilding Puerto Rico featuring La Borinqueña teaming up with Wonder Woman, Superman, Batman, and other DC Comics heroes with the proceeds going to rebuilding Puerto Rico.

In our interview with Edgardo, we discuss his origin story, representation, what he thinks the Earth-2 version of himself is doing, COVID-19, and pasteles.

FS: Can you tell our readers your origin story? How did you find yourself in the world of superheroes?

EMR: My late cousin, Santiago DeJesus, first introduced me to comic book books via his trade paperbacks Origins of Marvel Comics and Son of Origins, both by Stan Lee. These would be the first trade paperbacks ever published and I poured through these pages every time I visited him at my Tía Tita’s apartment in the Bronx. As a child in elementary school, I wrote episodic stories every week with my original characters from the new vocabulary words that my teacher would assign us to learn the definitions of. To make money to buy my own comics I would write and illustrate original comic books for my friends and collect bottles and cans. Illustrating and storytelling always stayed with me through college and work. In 2007, I curated my first comic book exhibition at the Caribbean Cultural Center for Marvel’s Executive Vice-President and Creative Director Joe Quesada (https://www.youtube.com/watch?v=fX0yXUwvlm8). This exhibition officially introduced me to the comic book industry.

FS: What are some of the challenges you and other artists face that most people do not know about?

EMR: As an independently published graphic novelist, we must always look at our resources before producing new books. Many in the publishing industry invest up to 5 years before they see a return on their investment. We would love to have a regularly published series, but that’s not feasible for us. Therefore, in 4 years (going on 5 in 2021) we’ve only published 3 books, one of which is the award-winning anthology and collaboration with DC Comics Ricanstruction: Reminiscing & Rebuilding Puerto Rico. We’re very fortunate however that every day we are being introduced to new readers who are still purchasing our first books. This also supports our philanthropic work and what also helps us thrive as a graphic novel series is the advocacy work we are committed to. I have toured the U.S. and Puerto Rico for 4 years delivering lectures at universities like Carnegie Mellon, Princeton, Columbia, my alma mater Colgate University, and many others. Students from the graduate level to primary study La Borinqueña.

FS: What career do you think the Earth-2 version of yourself is doing, if he is not doing what you currently do now? Is he doing some other passion you have that is not art related?

EMR: My alternate reality of myself would still be in the arts and involved in social justice work with Puerto Rico. If not comics, then music or film.

FS: What was your “AH-HA” moment that made you realize that you made it?

EMR: Still making it. When you think you’re done, then you stop creating. I still have more to do, and I don’t have a particular goal. I just know that I want to tell more stories and reach more people so that they can learn about Puerto Rico through my work.

FS: Nerd Culture IS Pop Culture, does that surprise you at all?

EMR: Not at all. It’s produced decades’ worth of content that is being mined by studios across the globe.

FS: We have seen a shift in Superhero films, comics, and TV including and now starring POC, why do you think that is happening now?

EMR: It really isn’t happening. For every BIPOC story we see, there are still thousands of others that are lead by white characters. The projects that are recently being announced are finally recognizing that the buying power of BIPOC disproportionately doesn’t reflect the content they consume. 2020 also has given many an opportunity to address the systemic racism that is institutionalized in the entertainment industry. This question should be revised in 3-5 years to see if the issues raised this year continue to be a focus on creating stories. We still need BIPOC producing, directing, and writing if we want to see significant change.

FS: COVID-19 has really touched everyone in 2020; how has this difficult time affected your art?

EMR: This year we dedicated ourselves to continue our advocacy and philanthropic work. This is the third year of our La Borinqueña Grants Program and we have now awarded $165,000 in grants to non-profits in Puerto Rico. We co-founded Masks for America which already has delivered over 750,000 3M N95’s, FDA-certified KN95’s, 3-ply surgical masks, and other PPE to 250+ communities in the United States, Puerto Rico, and Tribal Nations. Finally, we teamed up with Rosario Dawson to produce a series of animated public service announcements to engage Latinx voters in the general election in November and now in Georgia’s runoff elections on January 5, 2021. Rosario Dawson and Zoe Saldana are both voicing La Borinqueña for these videos.

FS:  You have La Borinquena, you were on HBO Latino Habla Now, what is next for you? Anything you can share with our readers?

In January we will be releasing the third issue of our graphic novel series that has been 2 ½ years in production. More projects will be announced in 2021!

FS: Lastly, let us end with a fun question. It is holiday time and for many Latinx cultures, that means it is Pasteles season! Who do you think would make the best pasteles? La Borinquena or Miles Morales (I’m sure his mom taught him)?

EMR: La Borinqueña hands down would win in a pasteles throwdown! She’s been talking about and eating food since her debut! We’re possibly the first superhero to mention sancocho and pasteles in the first issue. Plus, her ingredients would be so fresh because we’d get them from local farmers that our grantee El Departamento de la Comida supports! 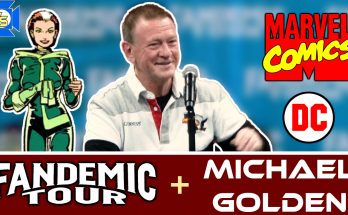 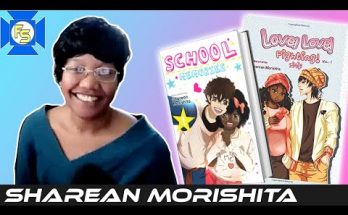 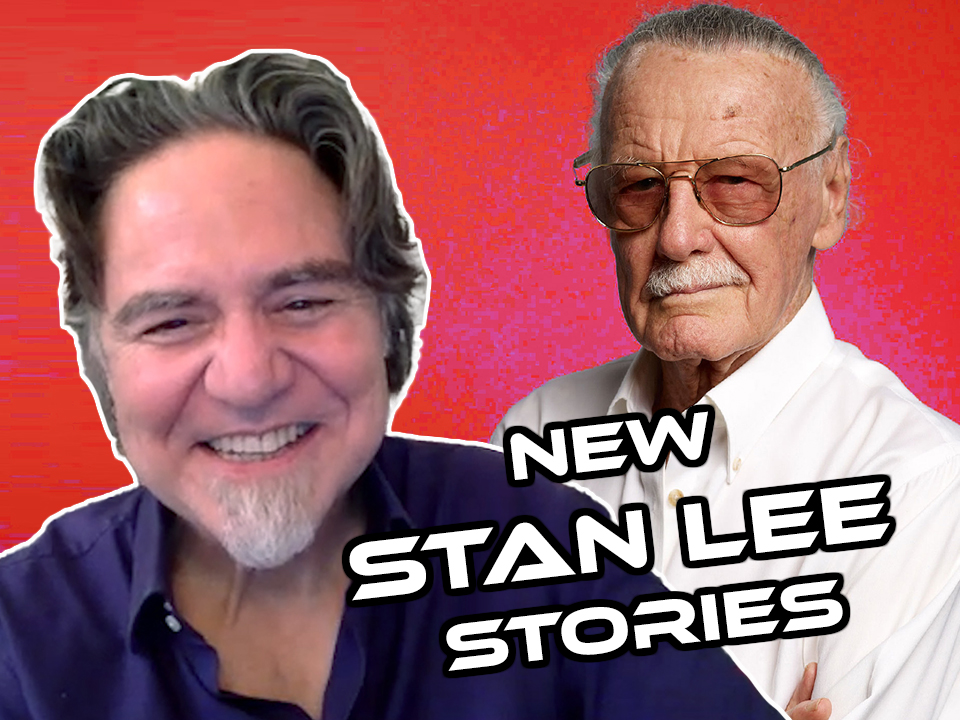