Recently a convention, that I regularly attend, announced it would be evaluating it’s policy towards cosplay weapons. In the past this convention had actually allowed cosplayers to attend with prop weapons without any restriction. No prop weapons inspection, no metal detectors. This con would also mail wristbands to pre-registrants, so you didn’t even need to approach a ticket booth to get into the con. The result? No incidents, no problems, everyone had a good time.

(I’m not going to say there was no oversight. I was there, in cosplay, with a prop weapon and hotel security approached me about it. They examined it, were satisfied it was safe and I was allowed to carry it.)

Why Conventions Are Concerned

Why is this changing? The convention provided three examples from other cons. One was the biting of Norman Reedus at a Walker Stalker Convention. The second was the discovery at Phoenix Comic Con of a disturbed individual entering the con with a lot of weapons with plans to shoot police officers and Jason David Frank, an actor well known for his role in Power Rangers. And third was a recent removal of a fan who threatened to stab actress Kate Beckinsale. No report on whether this individual actually had a knife.

The convention is concerned that their celebrity guests, which are a huge draw, might feel unsafe or actually be in danger should they allow people to bring in cosplay weapons. Which is understandable. After the Orlando nightclub shooting, a convention that had allowed prop weapons (after inspection) banned cosplay guns of any type. Other cons have also added restrictions to what cosplay weapons can be brought into their events.

First of all, I do understand why conventions are doing this. Their guests do need to feel safe. The attendees need to feel safe. If someone should get hurt, not only would that be horrible for the people involved, but from a business and insurance perspective, it’s a nightmare.

But let me address the three incidents that has prompted this formerly unrestricted con to reexamine their policies.

First of all, the fan that bit Norman Reedus was an overexcited fan who lost her head. She was escorted from the con and faced ridicule from other fans. There are fans who are so enamored of certain celebrities that they can do extremely dumb things. Could this have been prevented with a cosplay weapon ban? Unless we tell people to leave their teeth in the car, that wouldn’t have done a thing.

The stalker who threatened Kate Beckinsale… I don’t know if he had a weapon. Unfortunately there is a very small percentage of fans who obsess over celebrities and become mentally unbalanced… prompting them to imagine relationships with these people they have never met and perhaps even a grievance against them. This is a shame, but it’s nothing new. John Hinckley Jr. shot President Reagan because he was obsessed with Jodie Foster. It’s a horrible consequence of celebrity. Since I don’t know if Kate Beckinsale’s stalker had a weapon, I’m not sure that a cosplay weapons ban would have affected this situation at all. Happy to say that this stalker was removed from the con and did not have contact with the actress, though she did need to file a police report. 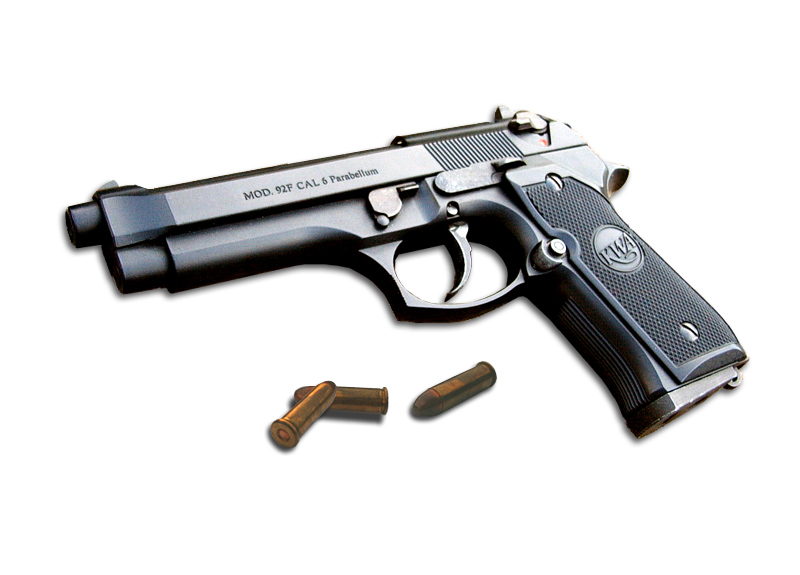 Now to address the most relevant of the incidents. Yes, a man was arrested at Phoenix Comic Con with several guns, ammunition, and at least one knife. Not having attended this convention, I cannot directly comment as to the security procedures. I’ve heard they were checking prop weapons, but I also heard they weren’t. Regardless, this man snuck in the convention with weapons. From what details I’ve heard, he found a way to sneak past security and was hiding when they found him. Would a cosplay weapon ban have stopped him? Not initially, though he might have been spotted and stopped once he went on the con floor. Or he might not have been. People might have assumed he was authorized to carry a prop weapon or had purchased it at the con. However, the good news here is he was stopped. No one was hurt. Some might say this was a security failure. I don’t. Because the last line of defense in any security system is people… and the police and the convention received a tip from someone who noticed his behavior (albeit online) and alerted them.

Is Banning the Answer?

Do I personally think these incidents warrant banning all prop guns or prop weapons in general? No, I do not. As a cosplayer I prefer to be as accurate as I can be with my costumes and some costumes are lacking without the signature weapons of the character. Can cosplayers still get into costume without the weapons? Of course. But it does lessen the enjoyment of the cosplayers and the people they interact with. And these are customers of the con.

Conventions have valid concerns. While millions of people every year attend conventions and a maybe a handful of disturbed individuals would attempt to do something dangerous at the con, you do need to plan for those situations. While banning all cosplay weapons or just cosplay guns might seem like a simple solution, I would urge those convention organizers to find a happy medium.

Props weapons that are submitted for inspection have not caused problems at conventions. It’s those weapons that someone tries to sneak in that are the issue. In order to keep such weapons out, you would need to have things like bag checks and metal detectors. Allowing cosplay weapons in that are clearly marked as props would not increase costs significantly, if at all. Having rules for the use of cosplay weapons and what type are allowed is perfectly reasonable. And your best allies in the policing of cosplay weapons are the cosplayers themselves.

For those cosplayers who are upset about prop weapon restrictions and bans, I urge you to consider the convention’s point of view. Then make sure you comply with whatever guidelines they have for prop weapons. If you see a friend with a weapon that hasn’t been checked, tell them to go get it checked. Sure, it’s great to not have a strap on a weapon when cosplay photos are taken, but if the alternative is the convention banning all weapons… deal with a strap. If you see someone with a weapon that’s not checked that you don’t know… report that person to the con. That person is spoiling it for everyone and if they indeed have a real weapon, they need to be removed.

I would also suggestion those with cosplay weapons act in a responsible manner with them. Check out the video on Cosplay Prop Guns for some guidelines. But one of the main points is don’t threaten people with prop weapons without permission (perhaps for a picture) and without making them aware it’s a prop.

This year I attended Wizard World in Philadelphia. They had a weapon check point, metal detectors and security. From what I understand, they also had some undercover security on the floor to monitor the situation. They also had no issues. The convention attendees had a good time and everyone was safe. It can be done.

Convention organizers… we understand your issues and concerns. Cosplayers just hope you can find a happy middle ground. We will comply with your cosplay weapons policies or we’ll decide that we won’t attend your con if we find those policies too restrictive. We are happy to submit to whatever inspections are necessary to ensure the safety of your guests, attendees, staff and vendors. We just hope that you can allow us to bring our props in to be used in a responsible manner. We all want to have a good time at your con.

Working together, we can make that happen.