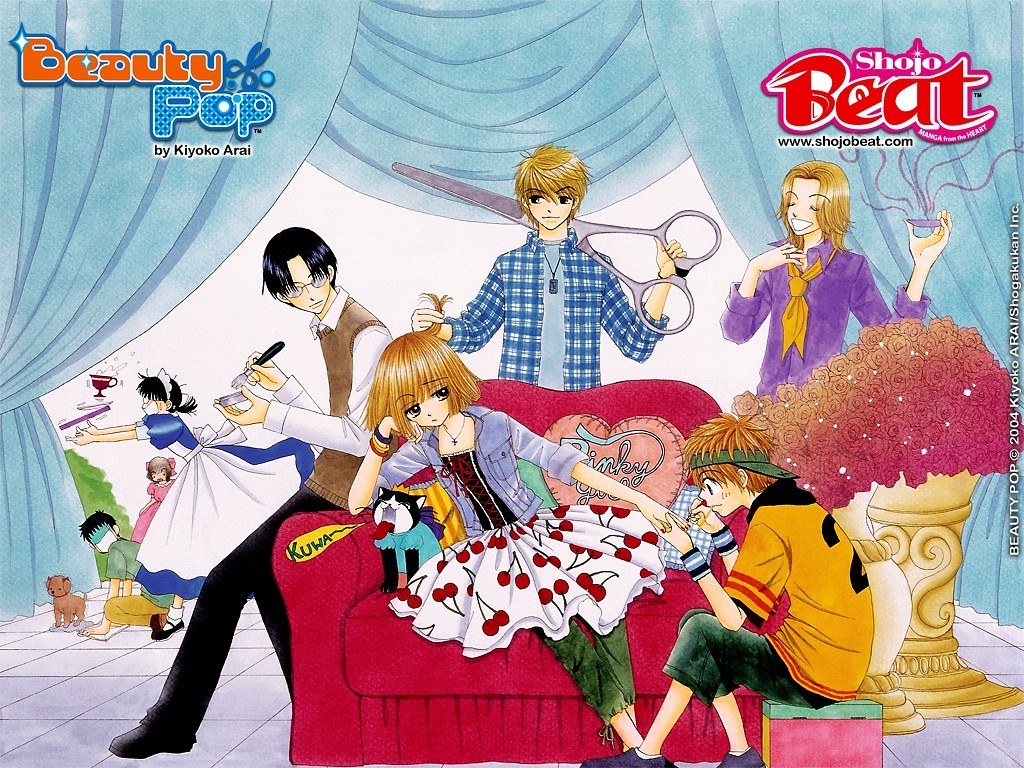 This manga focuses on the life of a naturally talented hairstylist named Kiri Koshiba and her problems with the “Scissors Project,” (SP) a group of boys determined to become the best makeover team in Japan. Kiri uses her hairstyling talents to help brighten up the lives of girls, but she does so anonymously. When Ochiai, another member of SP, threatens to reveal her secret will she continue to go for her goals?

I liked the concept of this manga because it features the world of beauty but with a  specific focus on hairstyling. It was a concept that is definitely unique and one I had never read before compared to other manga. You get the drama of high school and lots of action shots of beauty competitions. I enjoyed Kiri’s character development and how she navigates her path as a beautician throughout the story. 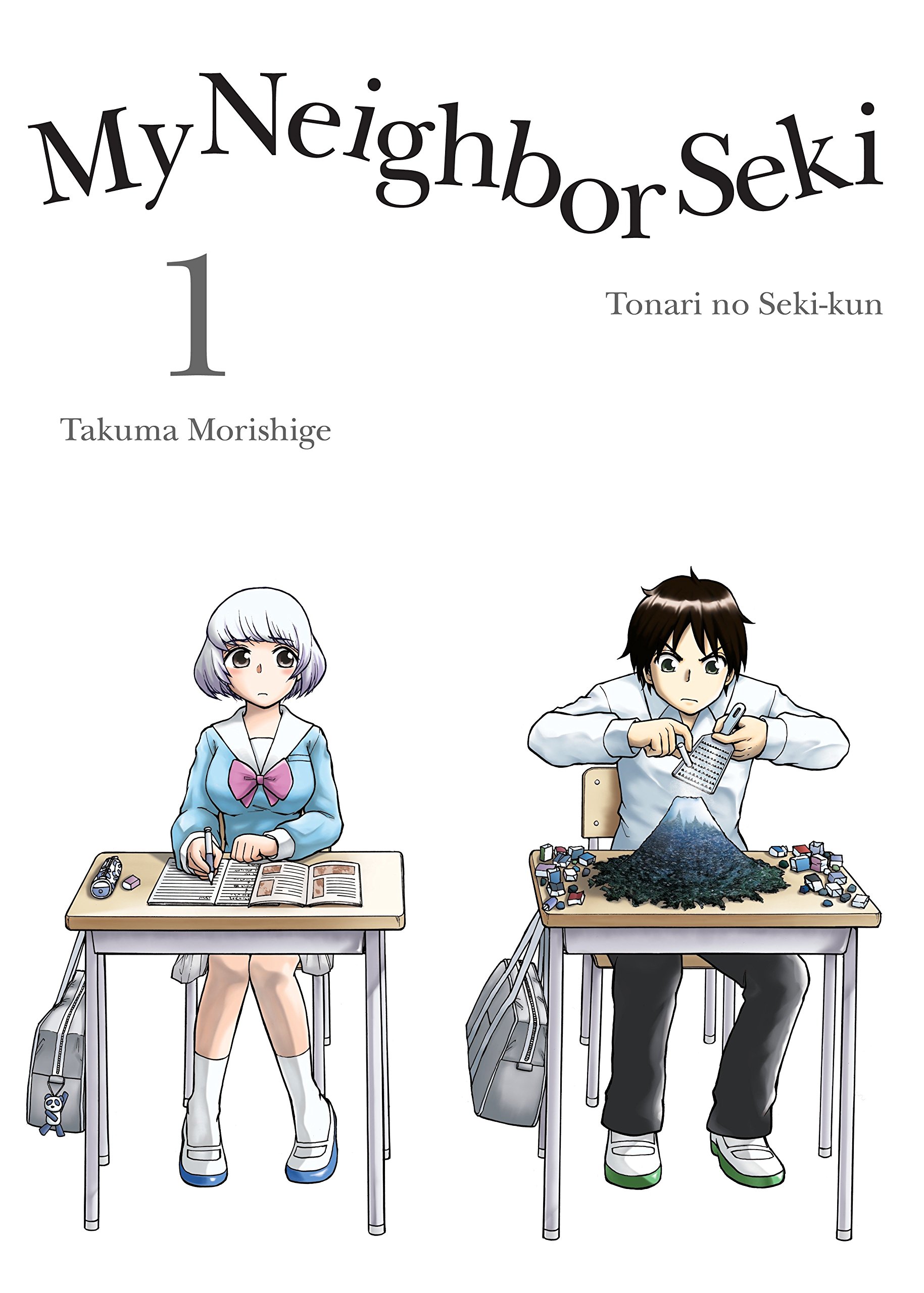 This manga series follows a girl named Rumi Yokoi who is constantly distracted by her neighboring classmate, Toshinari Seki, as he indulges in elaborate hobbies and somehow never gets caught in the process.

Tonari No Seki Kun has a predictable formula in its plot but what makes it so entertaining to read is how it focuses on the wacky aspects of mundane school life. The manga keeps repetitive form but what keeps you reading is Seki’s outlandish behavior and tricks. Each thing he does becomes even more shocking, but anticipate seeing just what he’ll do next. 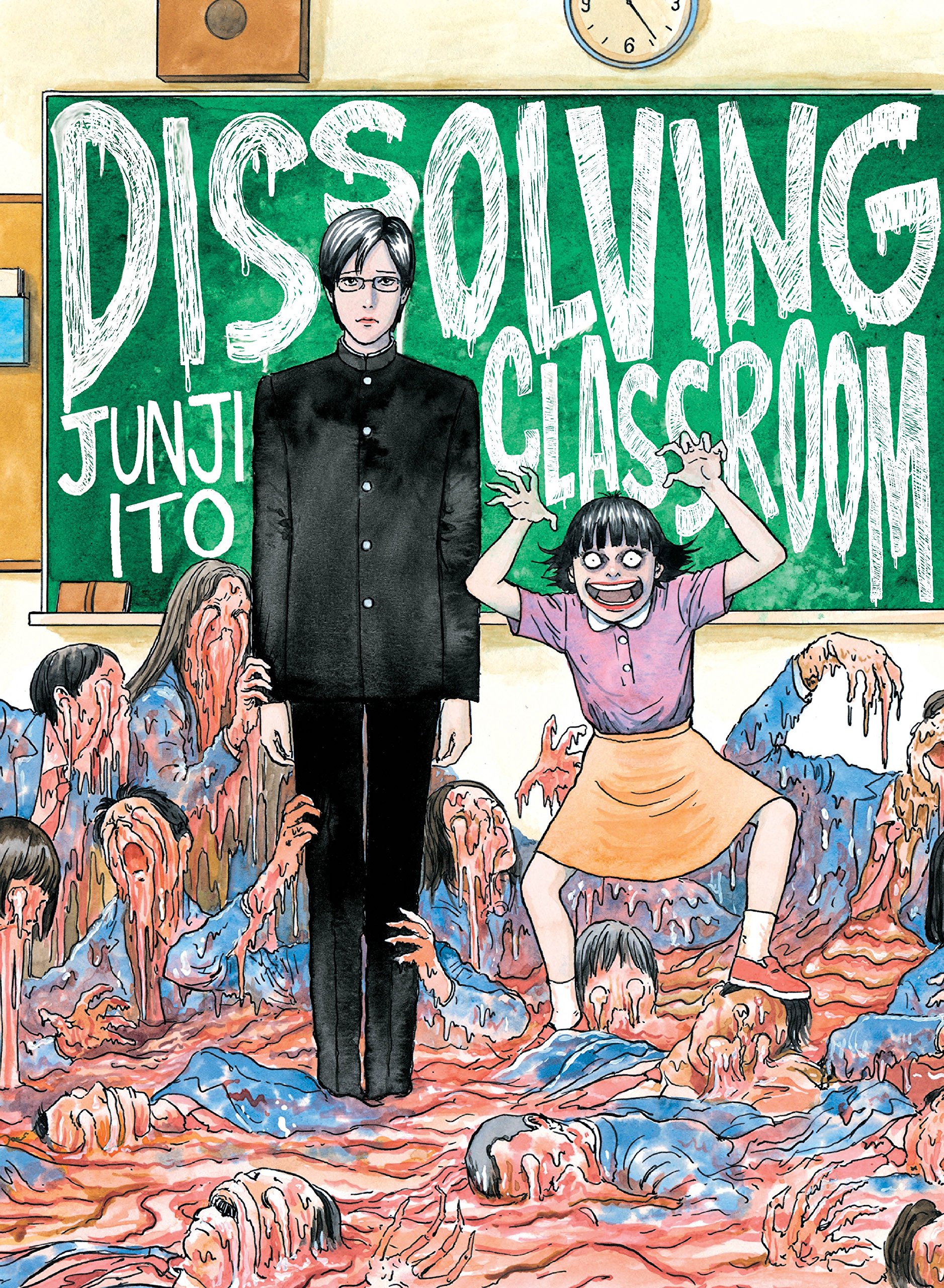 A pair of twisted siblings – Yuuma, a young man obsessed with the devil, and Chizumi, the worst little sister in recorded history – cause all sorts of terrifying and tragic things to happen wherever they go…

Ito’s art is supremely detailed, unsettling, and eerie in this collection of short stories set in a school. It has all the elements you need for a solid horror manga which Ito always delivers on. The creepy sibling duo reappears throughout each story as they are tied to all of the supernatural incidents that keep happening. Though I found the drawings to be super grotesque, it definitely adds to the story’s horror atmosphere. The pacing was smooth and the constant twists and turns had me on edge. 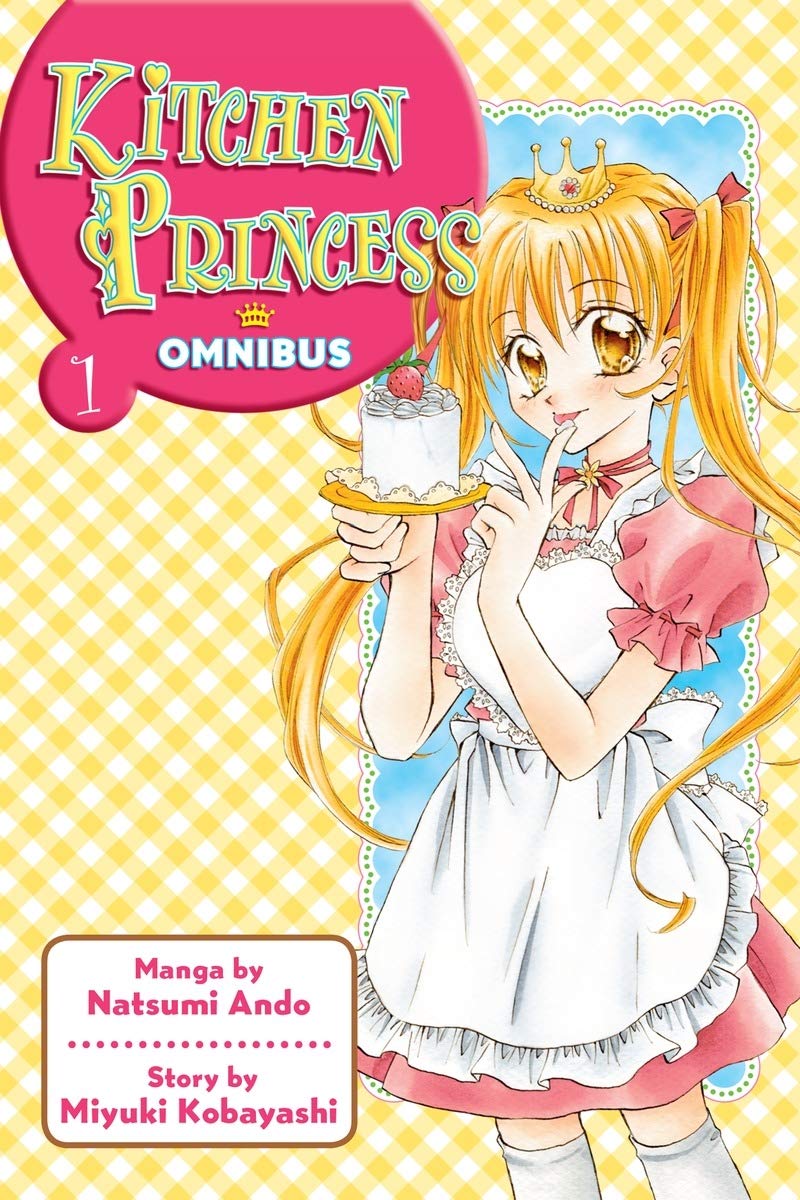 When Najika was a child, she met a boy who touched her heart—and now she’s determined to find him. The only clue Najika has is a silver spoon that leads her to the prestigious Seika Academy, but attending Seika will be a challenge. Every kid at the school has a special talent, and the girls in Najika’s class think she doesn’t deserve to be there.

This manga has a sweet love story and it’s set in a school with multiple cooking competitions. I appreciated that in this series Najika was not given a magical power and had to keep improving her cooking skills over the course of the story. It’s very lighthearted and a bit formulaic at times, but its fluffiness is the story’s key appeal. If you like food manga with mouthwatering recipes this story is for you. 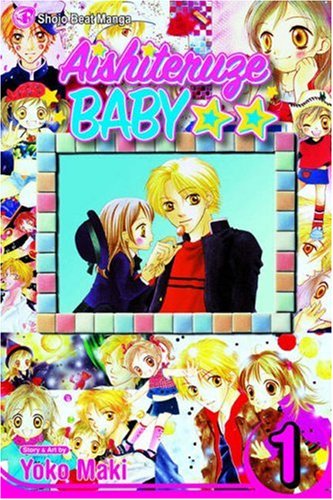 This series follows Katakura Kippei who is a high school playboy. Life takes an unexpected turn for him as one day he returns home to find himself with the full-time task of caring for his 5-year-old cousin. Kippei’s aunt Miyako had disappeared, appearing to have abandoned his cousin, Yuzuyu. With Kippei’s lack of responsibility and knowledge of childcare and Yuzuyu’s injured heart with the disappearance of her mother, their time together is in for a bumpy ride.

This is a manga that tugged at my heartstrings. I loved howKippei and Yuzuyu bond over the course of the story as he essentially becomes her full-time parent. He learns to grow up very fast in order to care for her properly plus he still has to keep up with school. It’s a heartwarming story with some sad moments that touch on the innocence of a child and the challenges that that come with growing up. Though categorized as a shojo I feel this manga is more a strong slice of life story with a lot of heart. 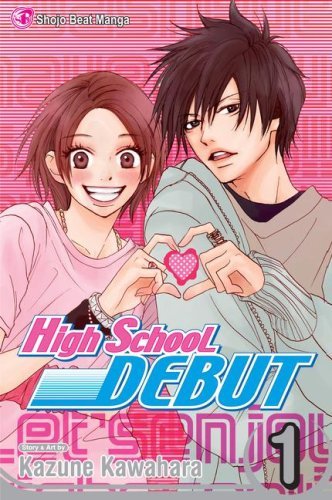 When Haruna Nagashima was in junior high, her life consisted of playing softball and reading comics. But now that she’s going to high school, Haruna decides to put all of her energy towards getting a boyfriend and having the high school romance of a lifetime. To help in her quest, she enlists cute upperclassman Yoh Komiyama to coach her as she eschews her jock tendencies and turns herself into the kind of girl who can catch a guy. Yoh agrees, with one catch: Haruna had better not fall for him!

This series is adorable! Haruka is a bit of a tomboy so she asks Yoh to be her boyfriend coach in order to learn to be more feminine and learn how to date. This story is about loving yourself and embracing who you are. As Yoh and Haruka start to become closer to one another he helps her realize the beauty within. Haruka learns to embrace what she loves. It seems like a typical “makeover manga story” on the outside, but the narrative is a lot deeper once you actually read it. It’s a cute and entertaining series about growing up. 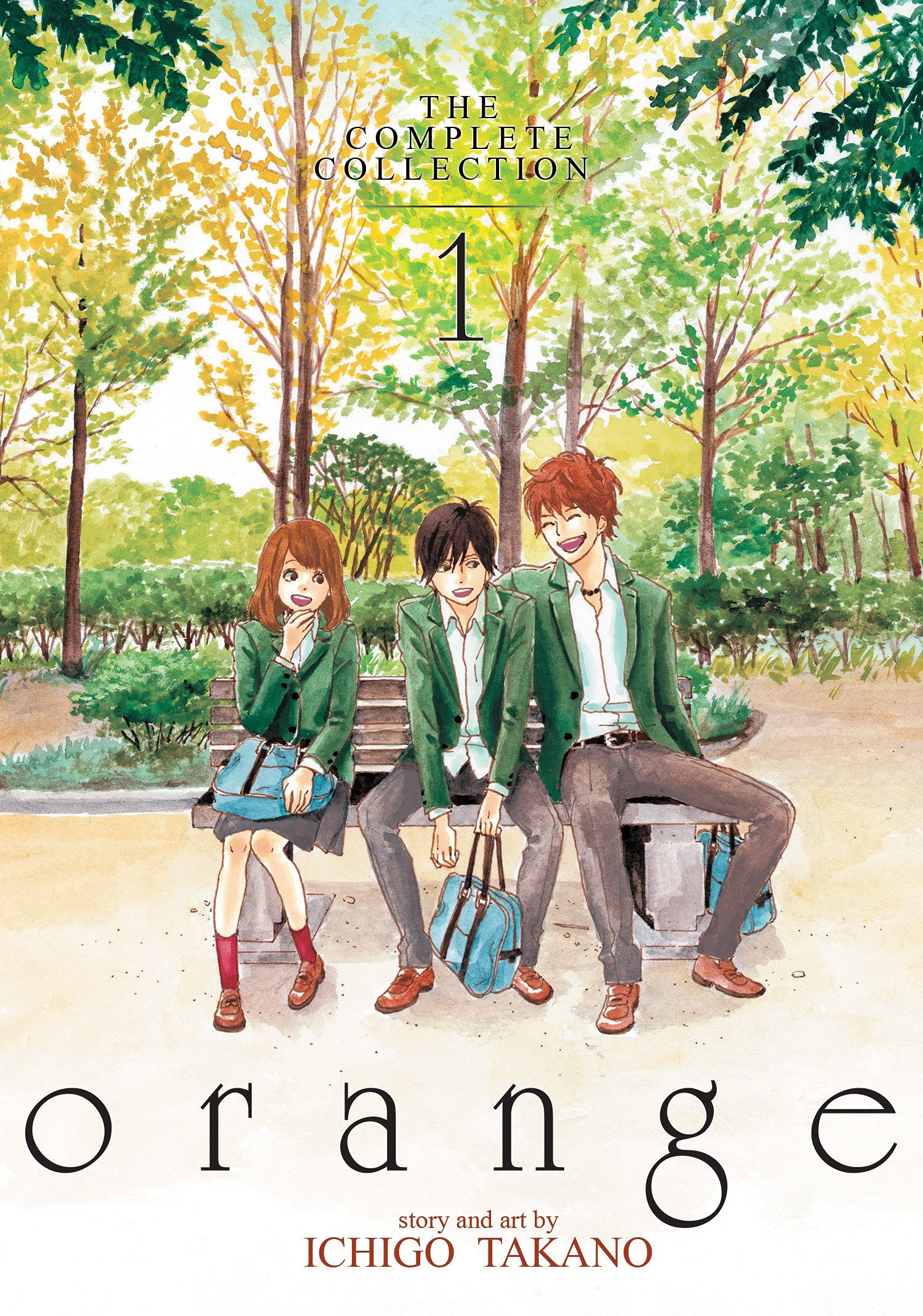 In Matsumoto, Naho Takamiya, a second-year high school student, receives letters sent from herself 10 years into the future. Her future self asks her to prevent her “biggest regrets”, which has something to do with the new transfer student from Tokyo, a boy named Kakeru Naruse.

It’s a really touching, but heartbreaking story at the same time. The main characters go through a lot of tragedy and hardships due to the loss of their friend. They struggle to deal with his passing and try to heal from it. It’s a heavy read, but it has an important narrative about mental health and dealing with grief. The story shows significant character development and it’s a very realistic coming-of-age story with small fantasy elements. 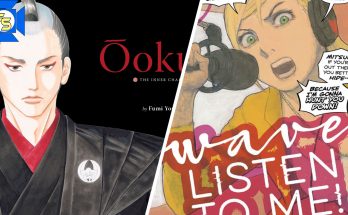 6 Manga Recommendations for the Person Who Reads Everything 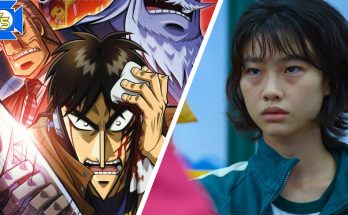 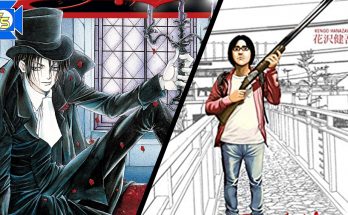