Remember Migs Mayfeld? Chapter 15 starts off on the Karthon Chop Fields. It looks like a humongous junkyard for everything that has ever fallen out of the sky in the Star Wars universe. There are prisoners spread throughout laboring in the fields. We follow a droid guard as he locates Inmate 34667, better known as Migs Mayfeld (Bill Burr). He alerts him that he is to go with Marshal Dune. She says nothing, which leads Mayfeld to be apprehensive about following her. She leads him back to Boba Fett’s ship where we see Boba, Fennec, and Papa Mando appear to the dismay of Mayfeld. They begin to tell him what use they have for him and why he needs to come along for the next mission- because Migs is ex-Imperial army, he still has access to Empire codes. They are looking for Moff Gideon and Mayfeld is their key to finding him. He is not fully on board. Papa Mando informs him they have the Child and he is willing to do anything to get him back.

Mayfeld tells them about a secret Imperial Mining Hub located on Morak. Papa Mando knows this place and claims there is nothing there. After scanning, Boba Fett finds the mine and where they are headed to next. They are also made aware of the fact that they are mining Rhydonium, which is highly explosive and volatile.

They arrive on Morak and it’s much more than the nothing Papa Mando exclaimed it to be. It’s a lustrous tree-dense green planet with beautiful hills and skies. They arrive at the mining hub to investigate further. Mayfeld informs them of the detectors the Empire has and how no one but him will be able to gain access without setting off all the alarms. That’s when Mando devises a plan to hijack one of the Juggernaut tanks they’ve been observing and steal the troopers’ armor and helmets and gain access to the hub that way.

Part one of the plan goes off without a hitch. Mando, Cara and Migs take over one of the Juggernaut Tanks easily. Papa Mando and Mayfeld then switch out of their gear and get into the trooper gear and take off towards the mining hub. But not after a few jokes from Migs and Cara. During the ride out, Migs makes small talk and tries to identify with The Mandalorian. He talks of Mandalore being gone and Alderan is gone. He wants to make a connection, but Papa Mando wants no part of it.

Part two of the plan does not go so easily, as they are attacked by Morak pirates who want to blow up the Rhydonium that the Empire is trying to mine. Now Papa Mando has a fight on his hands and it is highly intense as his trooper armor can not hold up to the Beskar he is used to wearing. He defends the Juggernaut as best he can but the onslaught of pirates seems to be endless and it seems they won’t even make it to the hub to get the info they need. The Rhydonium is having a horrible time trying to remain stable as Mayfeld does all he can to drive quickly and safely away from the pirates. They do not stop coming. Every second it seems like they’ve multiplied three times over and that all hope would be lost for our hero and his criminal companion. Then green fire rains down from the sky and the roar of Tie fighters is heard as they are then seen clearing a path for the Juggernaut and destroying all in its way. As they approach the gates of the hub. Hundreds of troopers come out blasting to protect the tank on its final leg.

“Never thought I’d be happy to see Stormtroopers.” Mayfeld says as they make their way into the Hub, Troopers all around celebrating the success of their arrival. The terminal with access to the location of The Child is in the Officers Mess Hall. Mayfeld was on his way to complete the mission when he spots a familiar face. He freezes up almost completely when he lays eyes on Valin Hess (Richard Brake). He claims he cannot complete the mission for he’s afraid Hess will recognize him. Mayfeld wants to leave and says this mission is over because the Terminal will require facial recognition to work. After Mando couldn’t convince him to do it. He takes the Data Stick and heads into the Officers Mess and right to the terminal. Hess sees our hero walk over to the terminal and continues on with his own business until an audible prompt for facial recognition can be heard and a warning is given to Mando that he must show his face or the terminal will shut down. HE TAKES OFF HIS HELMET!! The terminal reads his face and the Data Stick begins to collect the info he needs. At the same time Hess calls over to him “Trooper” and Mando doesn’t answer. Hess walks over and begins to question The Mandalorian when Mayfeld swoops in and saves them both with his swift tongue. He names Papa Mando Brown Eyes after giving him a fake TK number. Hess recognizes them as the men who made a success for the transport of Ryhdonium and insists they have a drink with him.

Outside on the hills above the mining hub, we see Fennec and Dune set up as snipers for our heroes’ grand exit. They notice it has been delayed and wonder why. Inside, we see Migs, Mando and Hess all sitting at a table having some drinks.  Hess wants to know where they are from and almost immediately Migs starts to give himself up. He speaks of Operation Cinder and Burning Konn, knowing Hess was there and responsible for the loss of his whole battalion. Hess goes on to speak of the greater good and how the people long for the Empire’s return. Migs has heard enough when he tells his side then blasts him with no warning. They then have to blast their way out of the building where Fennec and Dune drop headshots of everyone in their way. Boba Fett scoops them up with his ship and they begin to fly off. Not done yet, Mayfeld grabs the Cyclo Rifle and aims for the Rhydonium they just left behind. BOOM!!! Huge explosions all around the hub. Leaving Fennec and Dune impressed. No sooner do two Tie fighters come out for pursuit. Boba Fett climbs with speed then drops a charge on the fighters that evaporates them.

They let Mayfeld go on Morak. Cara Dune will claim that he died in that explosion that he caused and that’s that. They take off with the knowledge they wanted, and another adventure awaits our team of heroes. Not before we see Papa Mando send a message to Moff Gideon. It is an all too familiar speech once heard before.  “He means more to me than you will ever know”

The Mandalorian means business and now Moff Gideon knows it and it is setting up to be an epic showdown.

What an incredible ride this season has been. It makes me a little sad to see we only have one episode left until next Christmas. I am also super excited for the season finale. This episode was a great setup for what’s to come. It was nice to see Bill Burr return to add a little humor to this galaxy so far away. Watching Papa Mando progress into a full-fledged hero with a great heart has been incredible. Which isn’t easy to do when you only show your face once a season. Which I am still having trouble with. Even after he has seen and met other Mandalorians he still, you know…. This is the way. This episode I feel was fun but not epic. Lots of eye-catching action for all to enjoy it just didn’t have much as far as the story goes. I did like it when Mayfeld tried to humanize Papa Mando with actual conversation. Which you do not see often in the Star Wars Universe. Some may not like it. But I think it gives more connection to characters and viewers. Richard Brake’s short time on screen was memorable. He seemed quite menacing, just not quick on the draw. Not seeing Grogu at all this episode was something I did not like at all. I don’t care if he is just sitting in a cell. I would like to see the baby. That being said. Another good episode is in the books. With a season so great all the way through I just hope they don’t fail in the end.  Either way, I cannot wait. I have spoken.

4.5 out of 5 Stars for The Mandalorian Chapter 15: The Believer 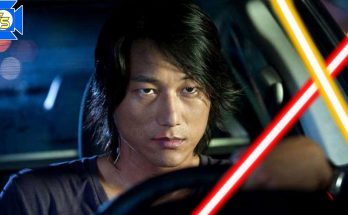 Sung Kang Reveals a Lightsaber For His Obi-Wan Kenobi Character 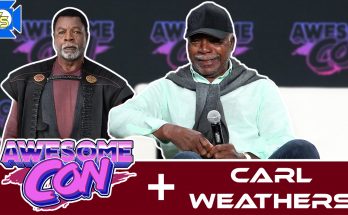 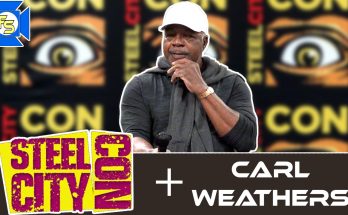 View all posts by Mike Dillon →