Spooky season is upon us. It’s time for leaves to change. Time to bust out those comfy sweaters while sipping on some apple cider. It is also time to watch plenty of Halloween movies. Maybe you love Halloween but are not interested in blood, guts, and being scared. That’s perfectly fine. Spooky season is for everyone. Here are some of the best not-so-scary movies to watch this season. 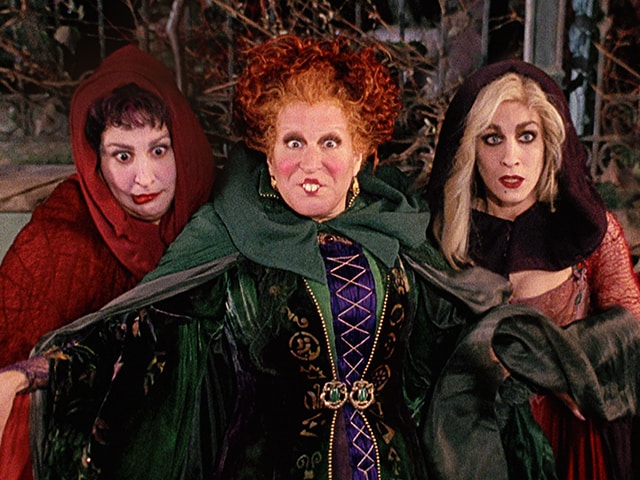 The Sanderson sisters are put to death but return three hundred years later to wreak havoc, sing and suck the lives out of the children of Salem all before sunrise.

Hocus Pocus has become a huge cult classic and a tradition in many households after not making a splash when released in 1993. Filled with quirky performances, a talking zombie, a bodacious musical number, and a British black cat, this one is perfect for those looking to get into the Halloween spirit.

Hocus Pocus is available on Disney Plus. Ernest accidentally awakens a bunch of evil trolls looking to turn the town’s children into stone. Can Ernest and his friends save the night before it’s too late?

Jim Varney as Ernest dominated the late 80s and 90s with his slapstick humor and his ability to create numerous amount of characters. This is possibly his best effort. The creature design on the trolls is fantastic. You get a witchy Ertha Kitt, a loveable Terrier named Rimshot, and a story that is fun from beginning to end. A man who claims to be Uncle Fester returns to the Addams Family home and everyone is delighted. Could he be an imposter though?

The Addams Family is a huge pop culture staple and the movie that came out in the 90s is top-notch spooky season entertainment. The movie is so atmospheric and filled with such hilarious cynical humor throughout. Christina Ricci stands out as Wednesday but everyone is so good and committed in this movie. It is sure to put a smile on your face.

The Addams Family is available on Paramount Plus. 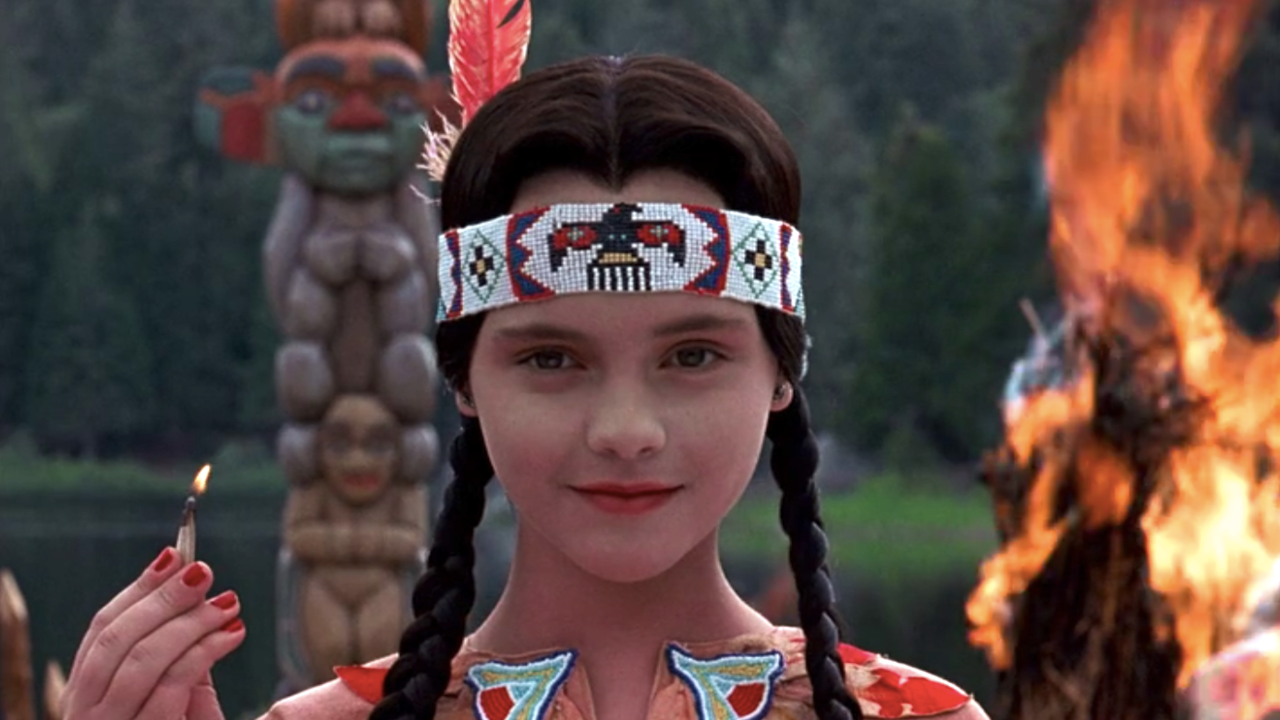 I mean…you have to watch the sequel too. A sequel that might just be better than the original. A homicidal maniac wants to marry Uncle Fester and Wednesday is attending summer camp.

This movie gives you all the great stuff in the original and so much more. Christina Ricci steals the show again but everyone is still in top form. It is just so entertaining seeing everyone else interact with The Addams Family and witnessing all the fun that comes out of it. The highlight of the film is the Thanksgiving play. It is not to be missed.

Addams Family Values is available on Paramount Plus. 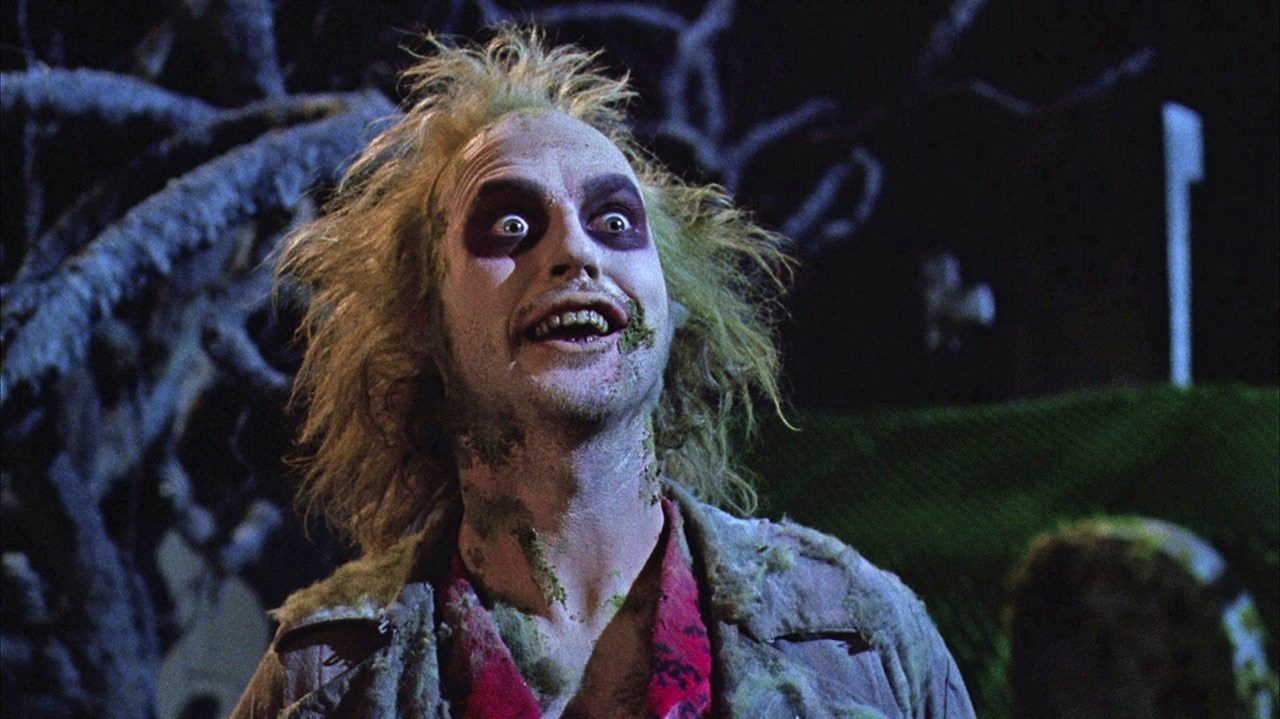 He’s the ghost with the most. After a couple dies, a new family moves into their home. The couple seeks the help of Beetlejuice to scare the new family away but it turns out Beetlejuice is not exactly the most helpful.

One of Tim Burton’s earlier films, the movie is one I try to watch every Halloween. Michael Keaton and Winona Ryder are the standouts. The production design is also something truly to be appreciated. Full of quick wit, tons of fun characters, and an unforgettable dinner sequence, this one is definitely a fun time.

Beetlejuice is available on Peacock. 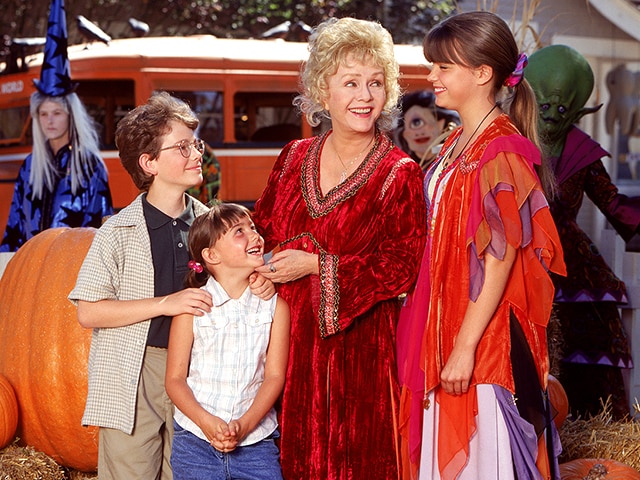 After discovering that her grandma is a witch, Marnie and her siblings travel to Halloweentown to discover their roots and help grandma defeat an evil force that is turning the residents into true monsters.

What can get you into the spooky season more than a literal town where it is Halloween all the time? This movie has a lot to love as there are tons of creatures everywhere. You got a werewolf who is a barber. A ghost at the gym. A vampire at the dentist and a giant pumpkin right in the center of town. Good for kids but the movie embraces the spirit of Halloween for people of all ages.

Halloweentown is available on Disney Plus.

The Nightmare Before Christmas 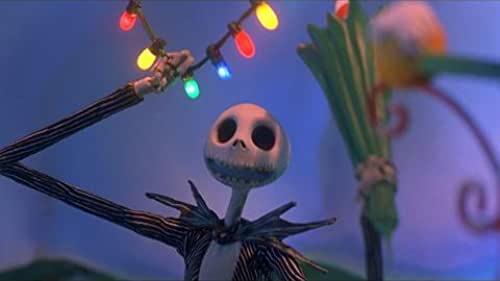 Jack is tired of the same routine all the time. Once he discovers Christmas, he decides to bring a little cheer to his Halloweentown.

Chances are even if you haven’t seen this movie, you have seen the characters from it. It is a classic with tons and tons of merchandise sold everywhere. The stop-motion animation is gorgeous. The songs and characters are memorable. Once again, it is a town that is literally Halloween-themed every day. What is not to like?

The Nightmare Before Christmas is available on Disney Plus.

Don’t Look Under the Bed 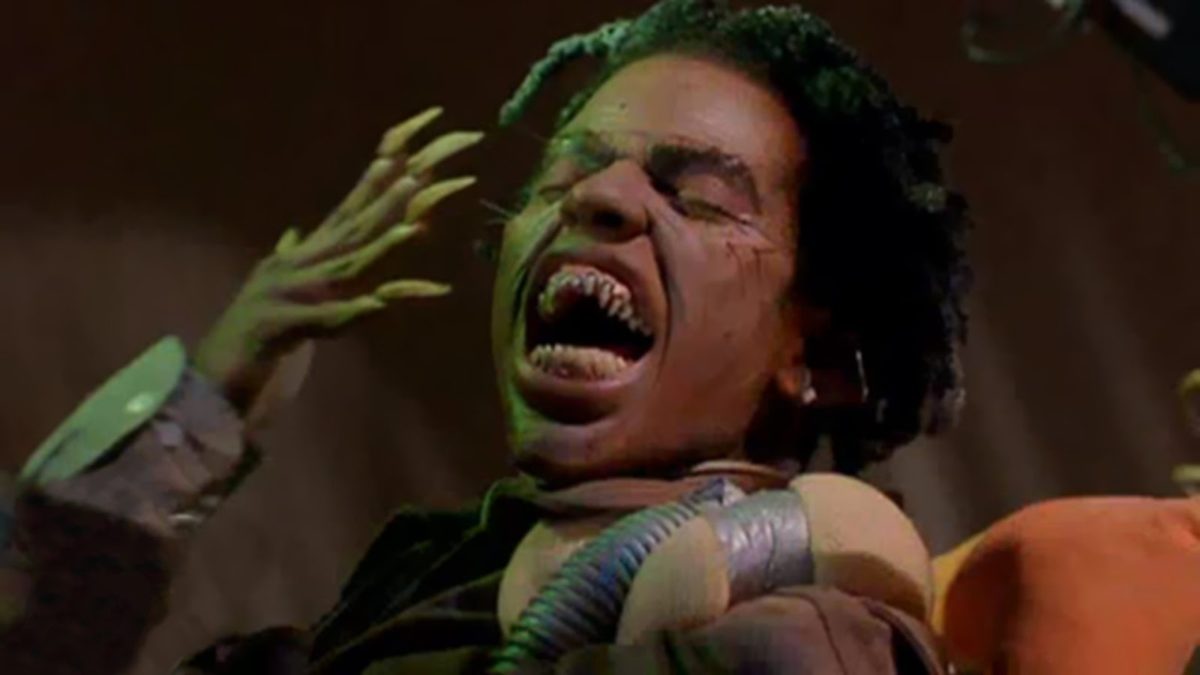 Francis is just trying to get through her school year when all of a sudden things around the town start going wrong. A so-called imaginary friend suspects the boogeyman is to blame, but the boogeyman isn’t real. Is he?

Disney Channel put this one out in 1999 and don’t let the Disney banner fool you because this is still such a creepy good time. Not too scary and filled with fun performances throughout. The movie is charming and has some great character makeup, It also has Boogey Goo. It’s not what it sounds like.

Don’t Look Under the Bed is available on Disney Plus. 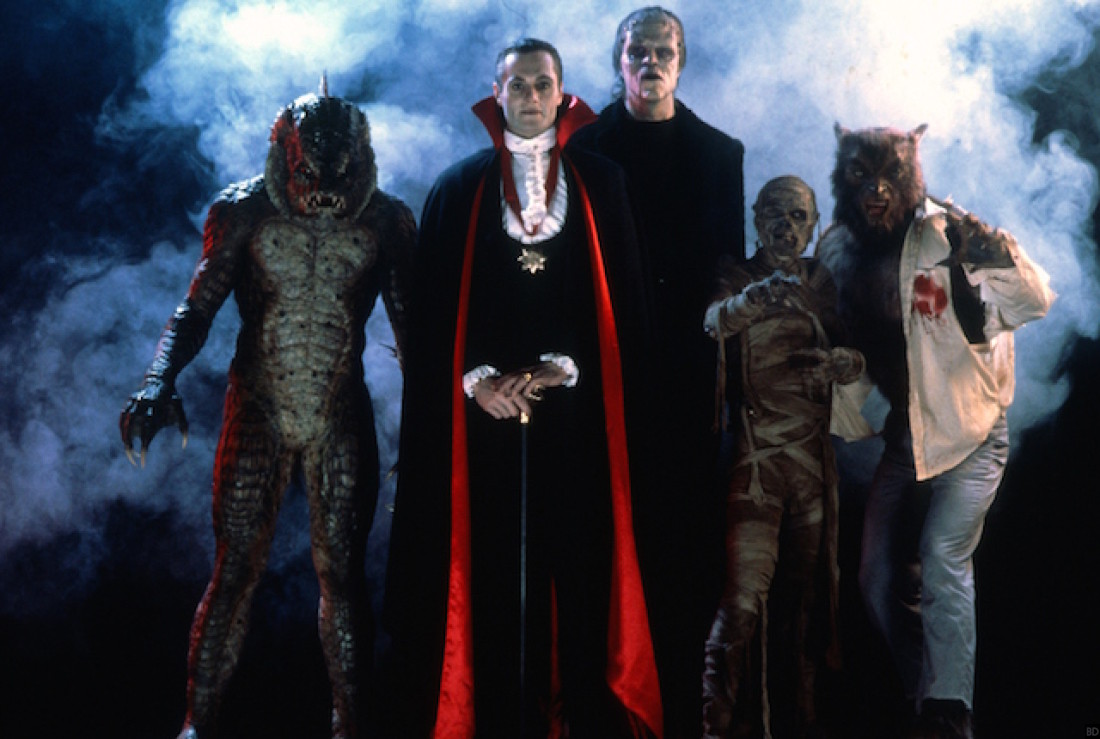 Dracula gathers other classic monsters with a plan to take over the world and it’s up to a bunch of monster-loving kids to save the day.

This is one of my personal favorites when it comes to Halloween fun. A lot of people apparently have not seen this one. Think, what if The Goonies got mixed up with The Universal Monsters? The movie has great dialogue, great humor, and an amazing 80s soundtrack. Kids who act like kids. Some love for Stephen King and it also has wolfman getting kicked in the nards.

The Monster Squad is available to rent on Apple TV or Amazon Prime Video. 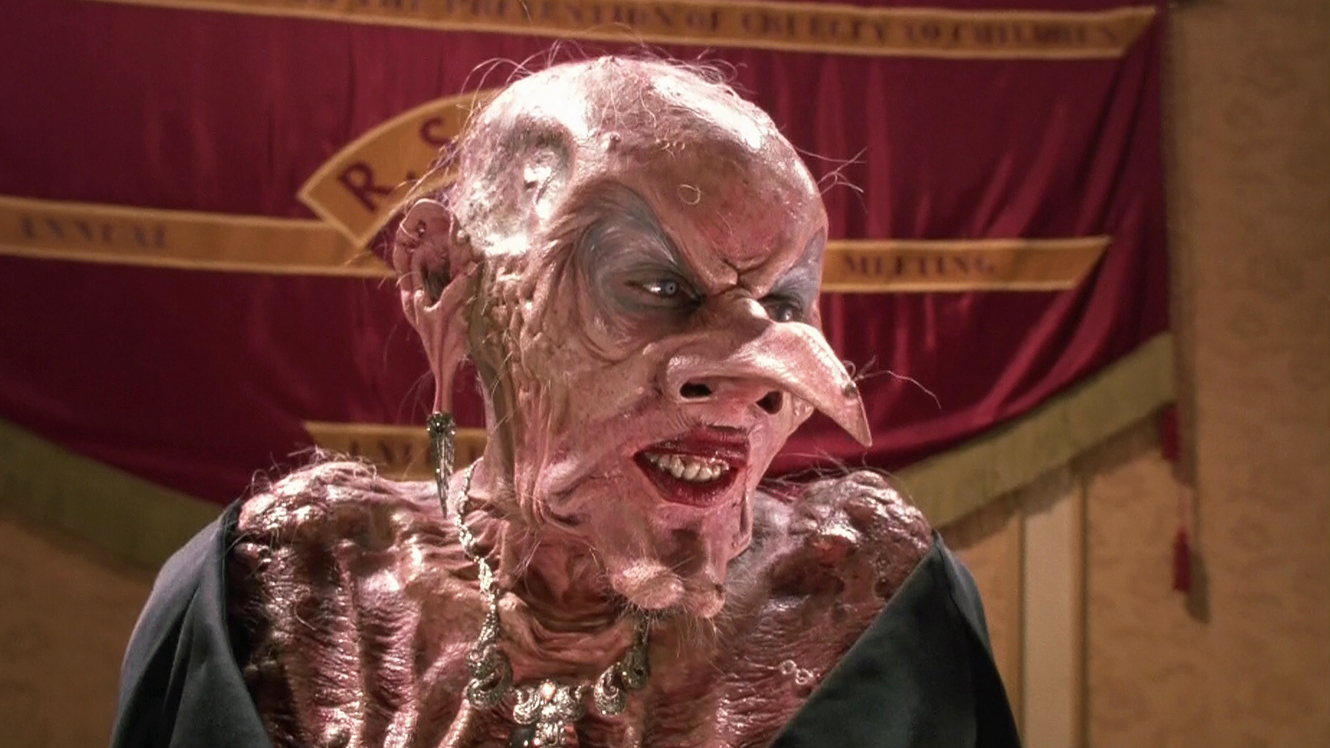 After the death of his parents, Luke and his grandmother go on vacation and stay at a luxurious hotel. It just so happens that a bunch of witches are also there. These witches have a plan to wipe out all the children in the world and it is up to Luke to stop them.

The movie is based on the novel written by Roald Dahl and it is a great fantasy to get lost in. Anjelica Huston is incredible as The Grand High Witch and the Jim Henson company truly make the creatures and puppets come to life. The movie could definitely be creepy at times but overall it is such an entertaining rollercoaster ride. The reveal when we see what the witches truly look like is still such a replayable scene.

The Witches is available to rent on Apple TV and Amazon Prime Video.

Have you seen any of these spooky fun movies? Are there any more that are your favorites? Do you prefer more blood and guts in your movies? Let me know in the comments below and Happy Spooky season to all. 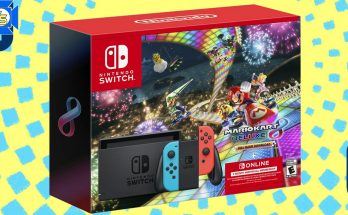 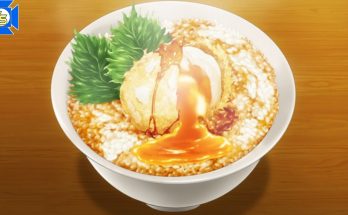