Actress Alicia Whitt suffered a horrible tragedy after being informed of the shocking news that her parents were found deceased inside their Worcester, Massachusetts home on Monday night. 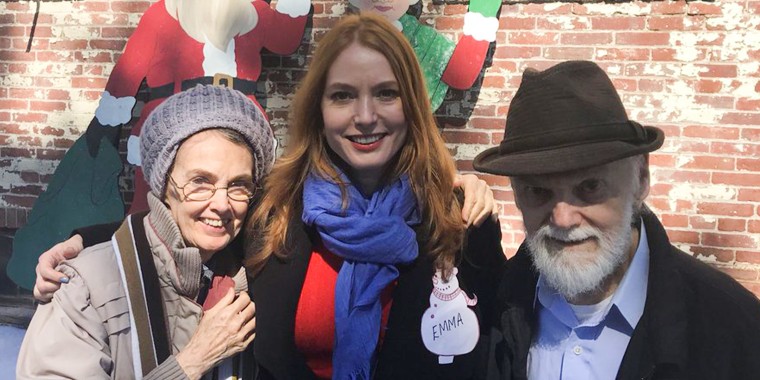 Whitt, who is known for appearing in several Hallmark Christmas movies, Dune (1984), Twin Peaks, and many other films found out after having a relative perform a welfare check on parents Robert and Diane Witt after not hearing from them for several days.

Whitt wrote in a statement:

“I reached out to a cousin who lives close to my parents to check on them. Sadly, the outcome was unimaginable. “I ask for some privacy at this time to grieve and to wrap my head around this turn of events, and this surreal loss.”

According to the Worcester Telegram & Gazette, the police were called to the home shortly after 9 p.m. by a family member who requested assistance in checking on the couple. Once they entered the home the officers found the couple deceased and the police said that there were no obvious signs of a cause of death. Police listed Diane Witt as being 75 and Robert Witt as 87.

Additionally, firefighters were also summoned and checked the air quality inside the home but found that no noxious gases or carbon monoxide were present, per the Worcester Fire Deputy Chief. It was said that multiple neighbors had offered them help as their home fell into disrepair, but they politely refused their offers. Neighbors also reported the couple was private and one neighbor said she believed the two had “been ill for some time.” Police said the state medical examiner will perform autopsies to determine a cause of death.

The couple has two surviving children, Ian Witt and Alicia Witt. The case is still under investigation.