Do you know somebody who has read every manga on the store’s bookshelf? Or refuses to read the popular shounen of the week but you want to have a series the two of you can share? As somebody who is that person and with the holidays right around the corner, here are some manga that you might be able to introduce to the most manga-savvy. 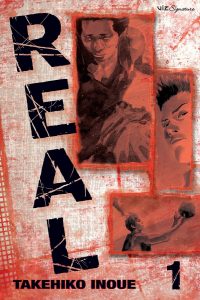 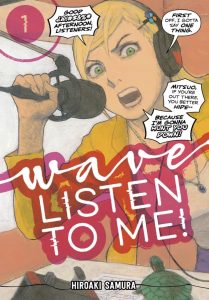 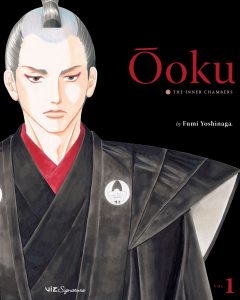 Real – Created by the legendary Takehiko Inoue of Slam Dunk fame, Real is still about basketball, but this time, it’s wheelchair basketball. After paralyzing a girl in a traffic accident, Tomomi Nomiya dedicates all his free time to aid in her recovery. In the process, he meets several athletes who inspire him to rediscover his love for basketball. Even the most seasoned sports manga fans are sleeping on this ongoing manga. Its art is immaculate (what did you expect from Takehiko Inoue?) The story has a diverse group of characters with realistic aspirations, and the story sticks with you. It keeps all of the classic sports anime tropes, but it’s sophisticated enough that more mature sports fans can still love it.

Wave, Listen to Me – After a tragic-only-to-her-break-up, Minare Koda is at a loss to what to do with her life. Like any self-respecting adult, she gets a little too drunk and ends up spilling her guts to a radio DJ. Instantly, Minare’s life changes overnight as her drunk ramblings fill the airwaves. Now a radio DJ, Minare has to balance her new and old life. Made by guro artist Hiroaki Samura, this manga captures the experience of a bumbling twenty-something without any of the blood. It’s candid, it’s funny, it’s refreshing to see a messy as hell woman do something stupid.

For fans of My Monster Secret, Life Lessons with Uramichi Oniisan

Ôoku: The Inner Chambers – If there was such a thing as HBO television but for manga, Ôku would be it. Set in feudal Japan, a virus breaks out and kills a large chunk of the male population. Japan is now run by women and most men are coddled. 80 years after the original outbreak, there is a group of men protected and kept by the most powerful woman in Japan as a reverse harem. The Inner Chambers is astonishing. Half slice of life, half fictional-historical narrative, this manga is a masterpiece of storytelling. Also, it won a Tekuza award if the plot doesn’t persuade you to read it. 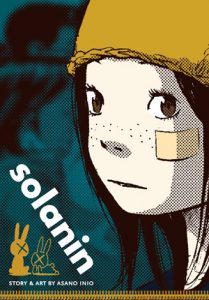 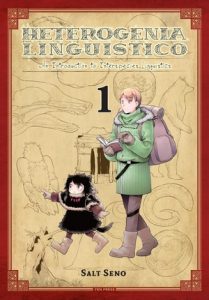 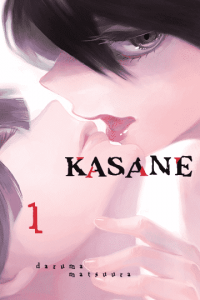 Solanin – Before powerhouse Inio Asano released Goodnight, Punpun, there was Solanin. A couple aimlessly wandering through life, Meiko and Taneda decide to quit their jobs and reform Taneda’s college band. However, tragedy strikes, and Meiko is left to figure out where to go after she hits rock bottom. Quiet and impactful, Solanin is a coming-of-age one-shot that is the blueprint for Asano’s more popular works. Thought-provoking and sobering, Solanin is about dreams, adulthood, and of course, music.

For fans of Beck, Nana

Heterogenia Linguistico – After his mentor is hurt, Hakaba sets out on documenting language in the Netherworld in his place. With the help of his mentor’s half werewolf daughter Susuki, Hakaba and Susuki explore the Netherworld and research its monsters language. Truthfully, this is the one I’ve read the least of, but the characters are cute, the lore is strong, and the werewolves are incredibly soft and playful. Not to mention, this series is currently in print, so it’s super easy to find in stores!

For fans of Delicious in Dungeon, Silver Spoon

Kasane – Kasane is an actress destined to follow in her mother’s footsteps. Her abilities are unparalleled, however, she’s incredibly ugly. As a child, she discovers her mother’s beauty is not natural. Not from surgery, but from a lipstick with the ability to swap faces. Will this heirloom let her succeed or fail as an actress? Kasane is the femme horror I’ve been looking for my whole life. There are identity issues, an unreliable narrator, and distinct art. It’s truly a hidden gem, and it’s complete, the perfect thing to binge!

For fans of Blood on the Tracks, Helter Skelter

What are your favorite unpopular manga? Is there a series you obsessively buy each volume for? Reply in the comments below or talk to me about it on Twitter! 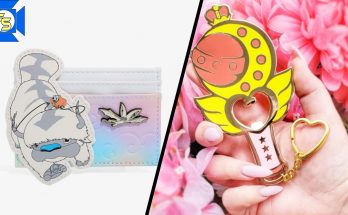 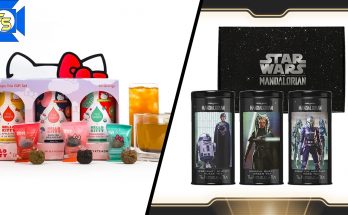 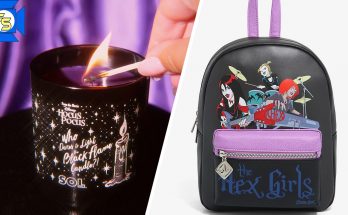