Sony has had a long and tumultuous relationship with online gaming. Though they’ve been in the arena a little longer, they’re always playing catchup with Microsoft. The tiers are broken down as follows:

The prices reflect some of the new features as well:

(All prices for the North American market, prices will vary in others.

One small note, with the new service, which launches in June, the Playstation NOW service will also cease to be a standalone service. Many of NOW’s functions are absorbing into the new tiers of Playstation Plus.

Playstation Plus as it exists now is a moderately okay service. Full disclosure, I have been a Plus subscriber since around 2012, and have added every game released on the service to my library, for the most part. Outside one or two games, I barely use its online component. I’ve found one or two games and ended up buying them because of Playstation Plus, such as Saints Row the 3rd.

However, I’ve never utilized Playstation NOW. It was hard to justify the extra cost, with NOW having the same price tag as Plus. With the new pricing system, even at its highest cost, monthly Premium costs less than both NOW and Plus do together, currently. This will give some folk more of an incentive to try the service, trying a slew of games they may not have tried before, or games not on a Microsoft platform.

This includes the massive backlog of Playstation console titles! While a full list hasn’t been released yet, with 340 of the titles being from the PS1 through PS3 era, some of those titles will definitely be on many older gamers’ top ten lists. For some, this will potentially be their first time playing some amazing older titles. Depending on the library being offered, the inclusion of some titles that PS NOW did not have alone will make the value worth it.

While there’s some to like about the new structure, there’s plenty to dislike. For starters, the new pricing and tier system is pointlessly confusing. Gamepass is more streamlined and easier to understand for people not aware of the intricacies of online subscriptions. Having worked in retail, helping lost family members navigate this field was a massive time sink.

The middle tier of Playstation’s new system is the problem here, to me. While I understand making it affordable is the purpose, adding extra layers to navigate for the average consumer does not help. It will end up most will buy into the highest or lowest tier, which is fine. But this begs the question, why have the mid-tier at all? If it is the illusion of affordable equivalent to the Gamepass, which is not an equivalent buy-in, that is obfuscation I can’t get behind.

Additionally, while the per month price of Plus and NOW is more affordable when combined with Premium, this isn’t true of the yearly cost. Currently, NOW and Plus are $59.99 each, for a net total of $119.98. A year of Playstation Plus Premium is $119.99, a net increase of a cent. This doesn’t seem like much, and it isn’t, but when the monthly cost has gone down for both services combined, only for the yearly cost to stagnate, that feels fishy.

There are a lot of potentially disgusting things that can come from this change. Most of it revolves around the longstanding debate between digital and physical media.

To fully cover this, let’s go back to March 2021. Sony announced it would be closing its Playstation 3, and Vita stores. The backlash was immediate and powerful. Within a few weeks, Sony backtracked, sort of. They did make shopping in their older stores harder, discouraging people from using them.

This made some long-time sony customers, understandably concerned, myself included. Much of the concern is part back to the question of do we really “own” our digital media? Sony tried to assure the public that if you owned older games and media you could still download them. These assurances didn’t do much to comfort most of the announcements critics.

Flash forward to nearly a year later, Sony has now announced its new subscription format. Included in the highest tier are many formats that would have been rendered unpurchasable if Sony had closed the stores last year. This means newer customers would have only been able to have access to these games through either their subscription or more illicit means. This gives Sony more control over the media. Granted this media is Sony’s, to do with as they please, just creates a very unfair imbalance in favor of the company.

If this was where the issue ends, it would be bad but manageable. However, recent reports have been emerging around purchased digital games expiring. The current theory is surrounding a Unix bug, but many speculate this shouldn’t be the case. While this is conspiratorial at worst, that doesn’t stop the speculation from running rampant.

I pray to God that the expiring PS games has nothing to do with the subscription updates but I can’t help but actually imagine some suit going “well, we gotta make folks wanna subscribe somehow” by removing the ability to play certain games even though WE FUCKING BOUGHT THEM!

The subscription service on the surface isn’t too bad. It gives a lot of game for the buck and has some pretty nifty features. For Playstation gamers, unifying the disparate services Sony offers is a no-brainer, and should have been done a long time ago. However, like many of Sony’s initiatives, it’s being bumbled by their communications team. The actions pulled by Sony in the past have done nothing but create an air of conspiracy and suspicion, leading to distrust of every event that happens around the announcement.

It’s still not enough, which Sony customers are kind of used to, but it is a step up in terms of what’s offered. With some time and new titles, the new service could really be great.

I intend on upgrading my service, possibly at my next yearly resubscribe, but time will tell.

Is there a game you hope to see added to the roster of Extra and Premium games? Are you planning on adopting one of the new tiers? Let us know! 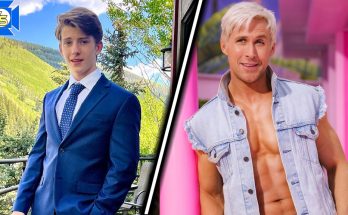 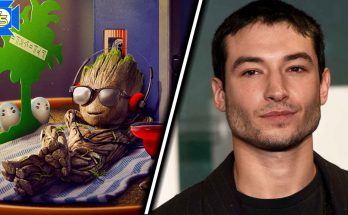