While Americans are just beginning to salivate over their upcoming Thanksgiving feasts, stores already have fully-stocked Christmas displays, and radio stations are starting to play Mariah Carey’s “All I Want For Christmas Is You.” ‘Tis not just the season to be jolly: it’s also Sagittarius season.

Sagittarius is the zodiac sign of those born between November 22 and December 21. These people just narrowly avoided sharing a birthday with Christmas (though Turkey Day babies fall under this sign), but that’s okay because a Sagittarius can make a special occasion out of any day. They are the life of the party, the class clowns, the adaptable opportunists who can be comfortable in many environments. Underneath that performative persona, however, Sags can be surprisingly pensive, and they excel at picking people apart and telling it how it is. Here are 12 Sagittarius anime characters! 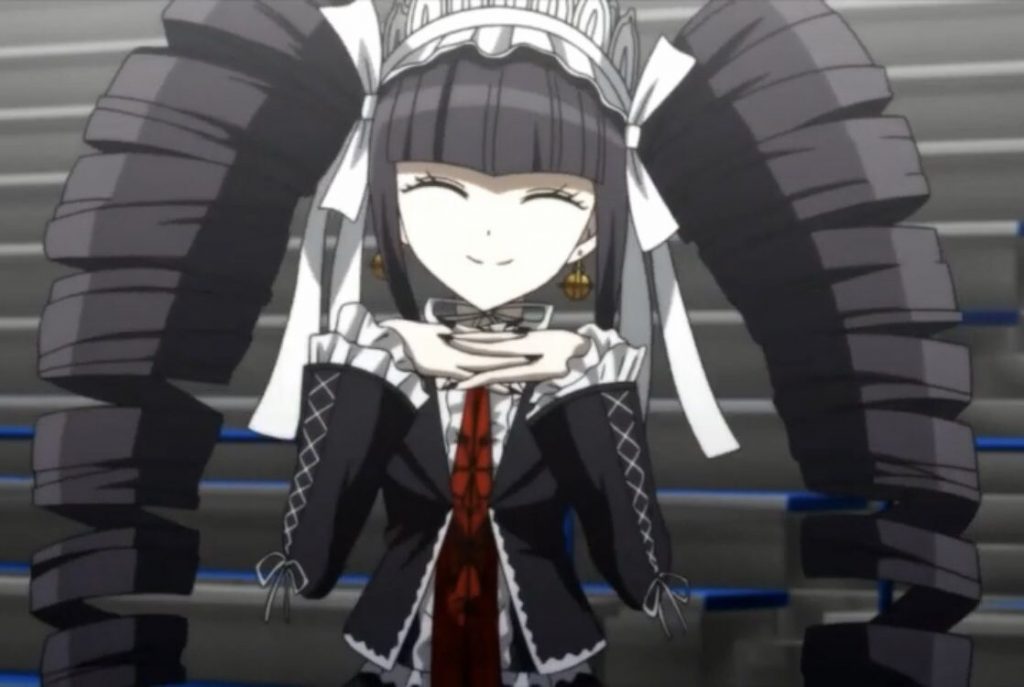 As the Ultimate Gambler, Celestia is an expert at reading the room and finding the perfect opportunity to succeed. Everything about her, from her clothes to her name, is an elaborate performance concocted to make people see her exactly the way she wants to be seen. 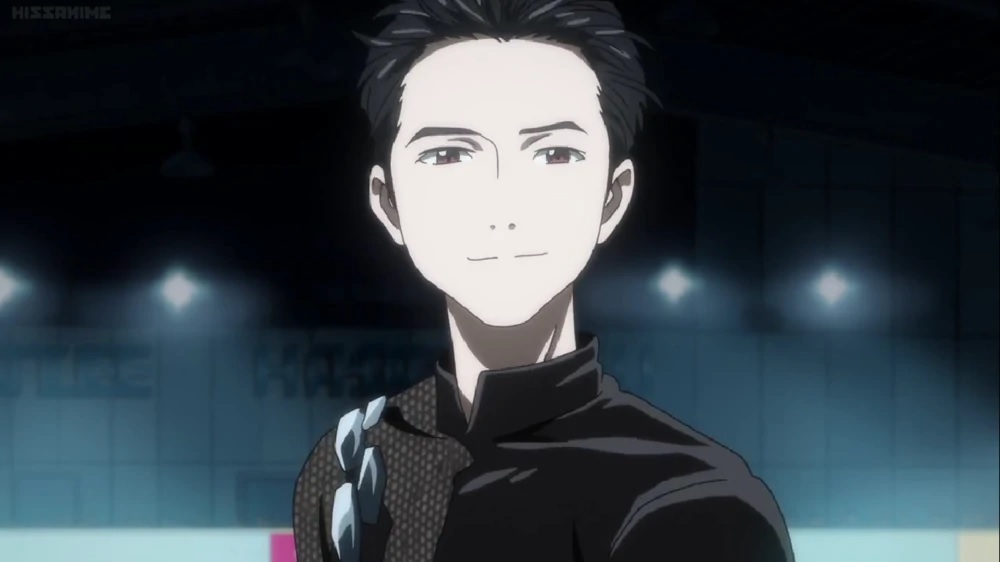 Yuuri may seem timid, but give him some alcohol and he’ll show you what it means to be the life of the party; just ask his coach, Victor Nikiforov! With some guidance from the latter, he is also able to give a captivating ice skating performance following the theme of Eros, which leaves all eyes on him. 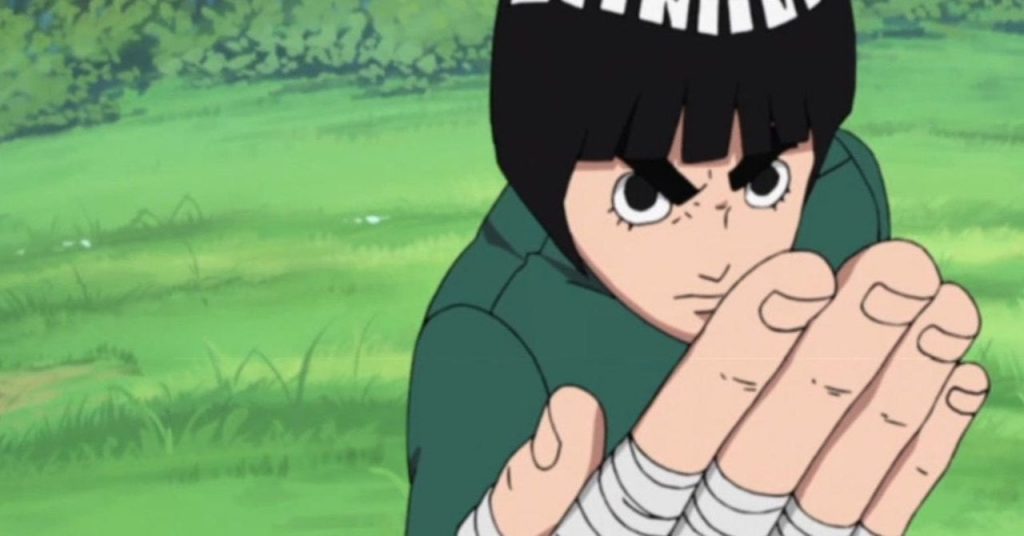 Confession time: I haven’t actually watched Naruto. I’ve seen a few episodes and clips here and there, but I haven’t even completed one full arc. It’s a sin as an anime lover, I know. HOWEVER, from the bits and pieces that I have seen of the legendary series, I know that my favorite character is Rock Lee and that he is a hard-working optimist that will never back down from a challenge. 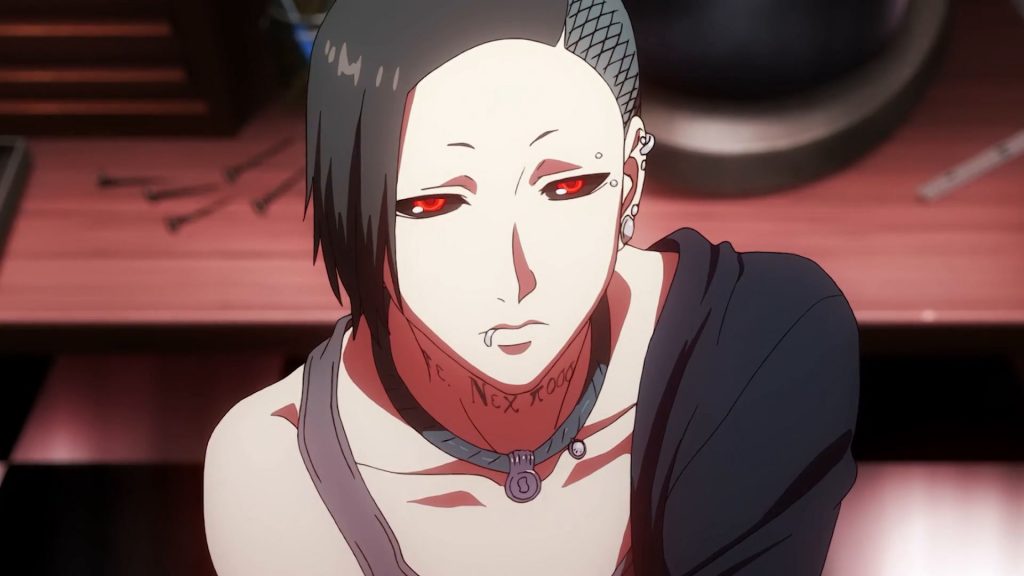 Being a flesh-eating ghoul, one might think that Uta’s fierce, intimidating eyes are just part of his anatomy; however, the truth is, this edgy tattoo artist injected black ink into the whites of his eyes to achieve that look. Only someone as wild and exciting as a Sagittarius would go that far for an aesthetic! 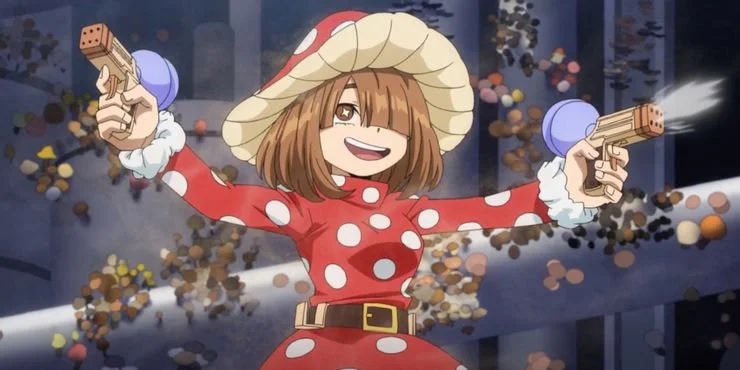 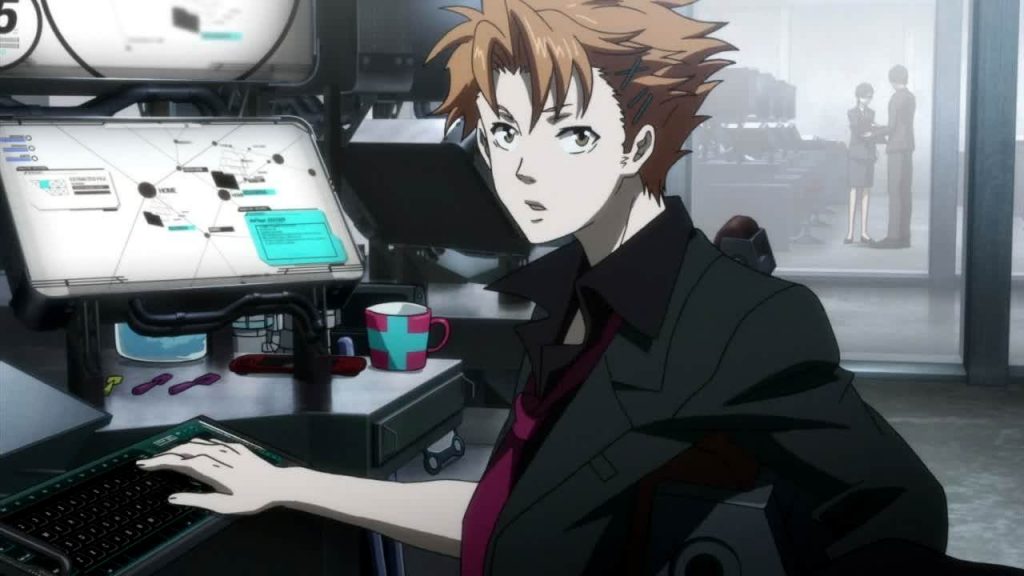 Class clowns aren’t restricted to just school settings: Kagari plays this role at his job in the Public Safety Bureau. In a field concerned with taking down dangerous criminals, there isn’t a lot of room for jokes and laughter, but Kagari is the ray of sunshine that somehow manages to keep things light on the job. 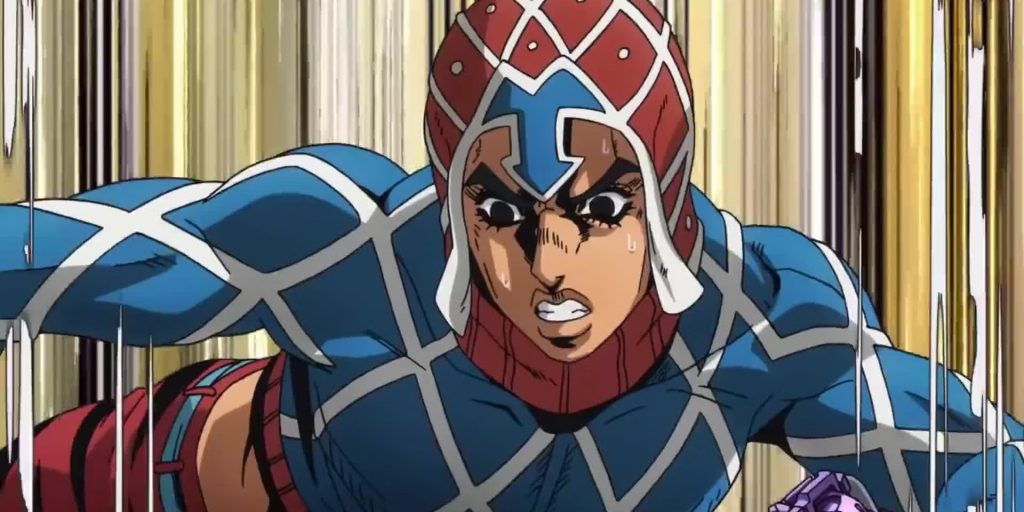 Mista just wants a simple, carefree life where he can sit back and take it easy. One would think that joining a gang wouldn’t exactly help him achieve that goal, but a Sagittarius can feel at home in any environment, and Mista is no exception. Whether he’s joking around or shooting holes in people, at the end of the day, Mista is just out to have a good time and not think about things too hard. 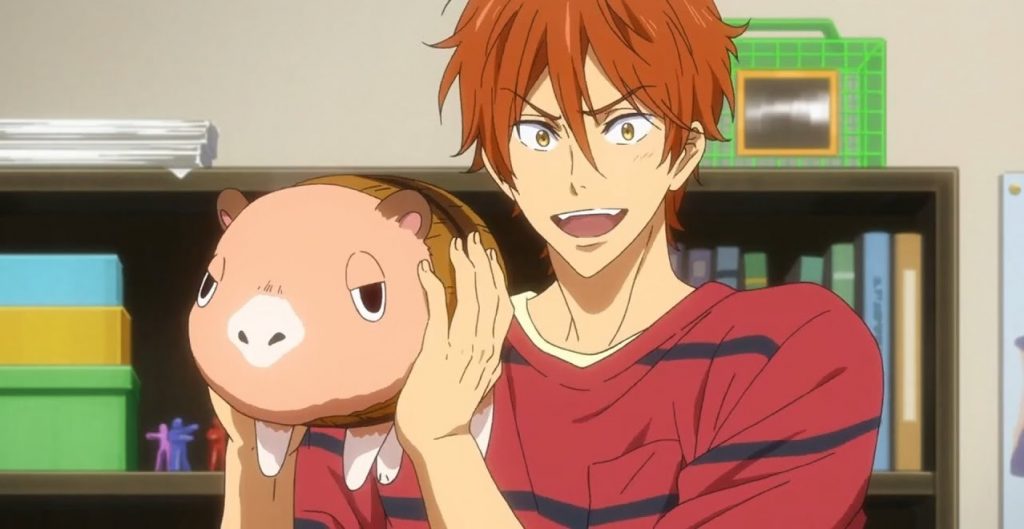 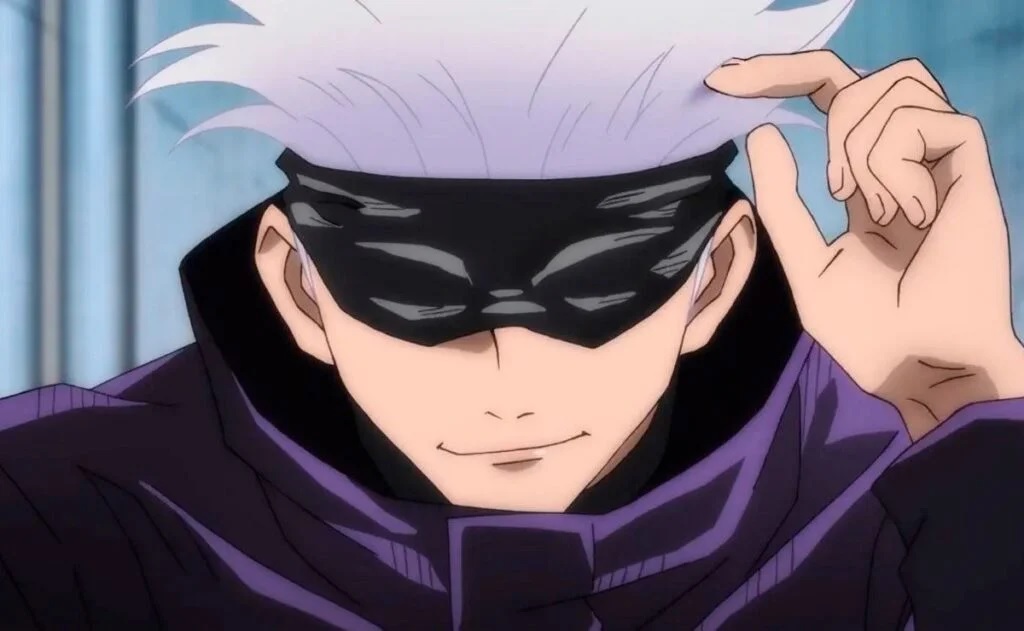 Gojo embodies all of the different sides of the Sagittarius zodiac sign. He is carefree and goofy and can enjoy himself in all situations, even if he really should be taking things more seriously. At the same time, however, whenever he does take something seriously, he is a force to be reckoned with. After all, it takes more than just brawn to be the world’s most powerful sorcerer. 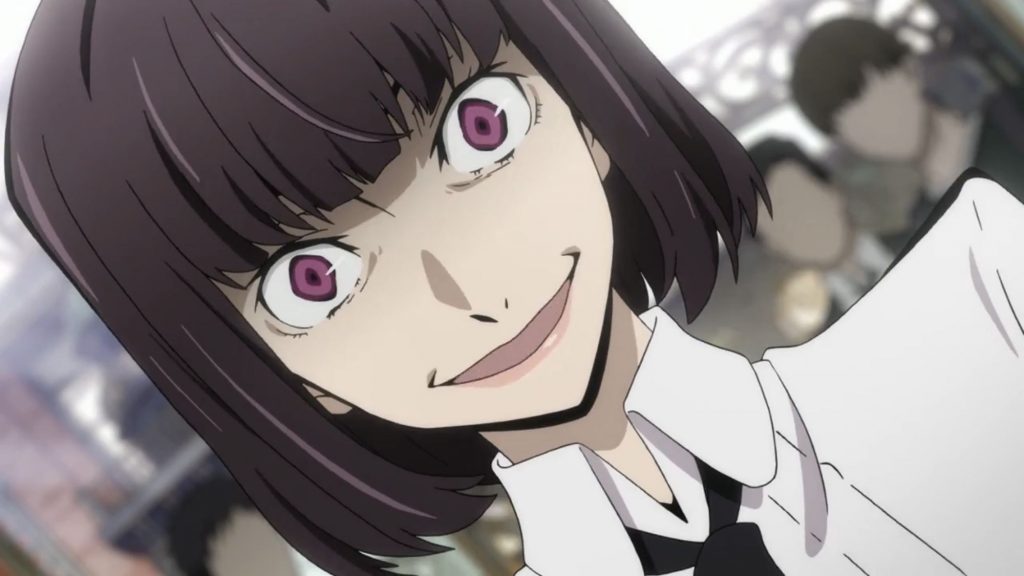 Having the ability to heal any injury of any nature, but only once the patient is on the brink of death, seems cruel and unfair; Yosano, however, revels in her ability. She knows that she is an invaluable asset to her team, and has no qualms about brutally mutilating her colleagues in order to ultimately save their lives. When life gives you lemons, make lemonade—even if that lemonade makes everyone terrified of you. 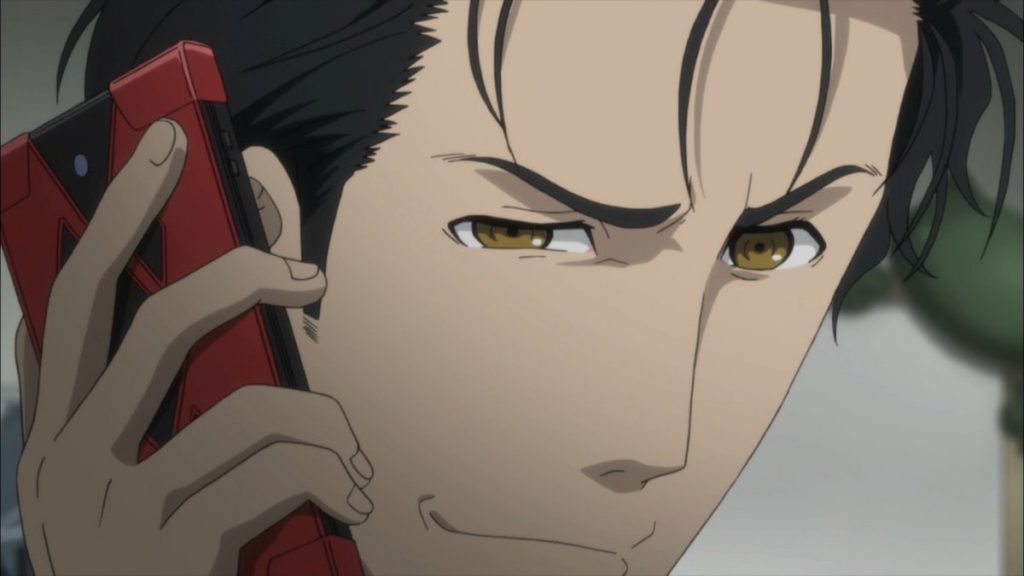 A mad scientist is a pretty fitting career for a Sagittarius.  At the expense of being viewed as completely delusional, Okabe spends his days performing ridiculous experiments and professing that he is a genius working to save the world in the shadows. However, he is far more sane than he leads people to believe, and most of his grandiose persona is just an act. 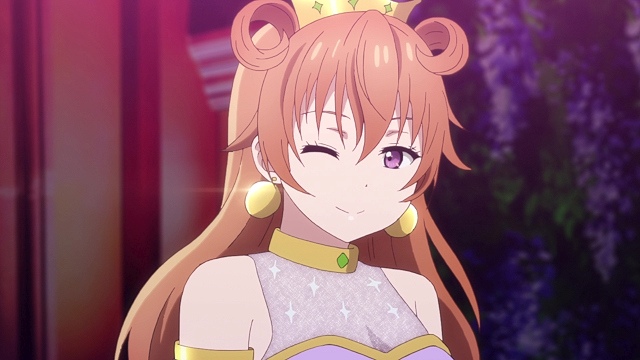 Kanata doesn’t exactly fit the “life of the party” label, seeing as she is constantly tired and can fall asleep anywhere, anytime. However, she is certainly an opportunist: she uses her sleepiness to her advantage and incorporates imagery of sleep and dreams into her performances as a school idol. She even brings a bed onstage at some point! Now that’s a performer who knows her strengths.

Who is your favorite Sagittarius anime character? Is it someone not listed here? Let me know in the comments!